Shoe policy almost kept student from walking at graduation, until teacher gave him his pair

A teacher stepped in to help, after a senior student in Louisiana was almost banned from walking in his high school graduation ceremony after he didn’t follow the school’s shoe policy.

BOUETTE, La. - A high school senior in Louisiana was almost banned from walking in his graduation ceremony after he didn’t follow the school’s shoe policy until a teacher stepped in to help — literally.

When Daverius Peters arrived at the local convention center for the event on May 19, he was blocked from entering the building. A school representative told him he had violated the ceremony’s dress code shoe policy.

"I feel targeted, humiliated because they had another kid with the same shoes as me on and he was able to walk the stage," Peters, 18, said.

According to the school’s graduation dress code, male students were asked to wear dark dress shoes, with an emphasis that "no athletic shoes" were to be worn at the event. While Peters wore professional attire, he showed up in black leather sneakers with white soles. 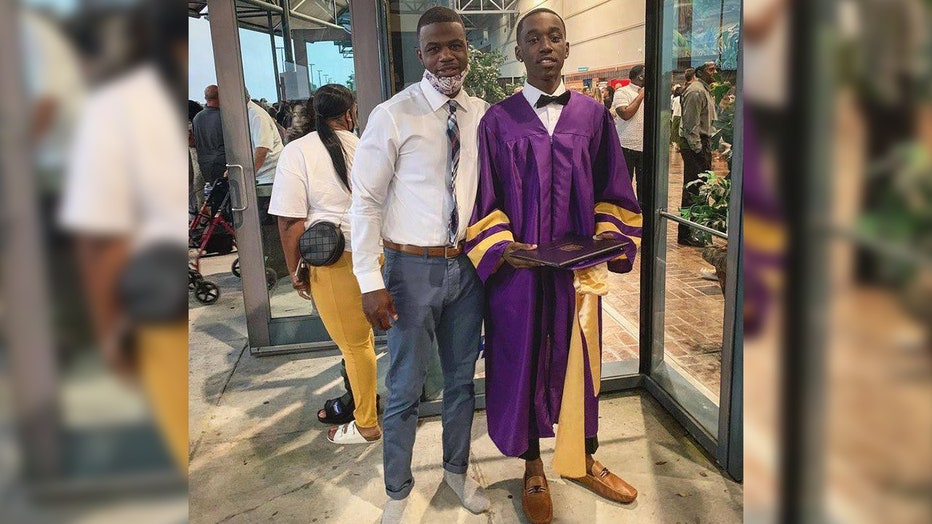 A teacher stepped in to help after a student was almost banned from his high school graduation for violating the ceremony’s dress code policy.

In a panic, Peters decided to ask John Butler, a paraeducator and student mentor at the school, for help.

"I look at his feet, and I’m even more confused, like, I don’t see a problem with his shoes," Butler told FOX Television Stations.

Thinking that Peters may have misinterpreted the situation, Butler approached the woman who had banned Peters from entering the building in the first place. The woman confirmed that Peters would not be allowed to enter the ceremony without the appropriate footwear.

That’s when Butler immediately knew what to do.

"It became a no-brainer for me," Butler revealed. "I immediately took my shoes off." 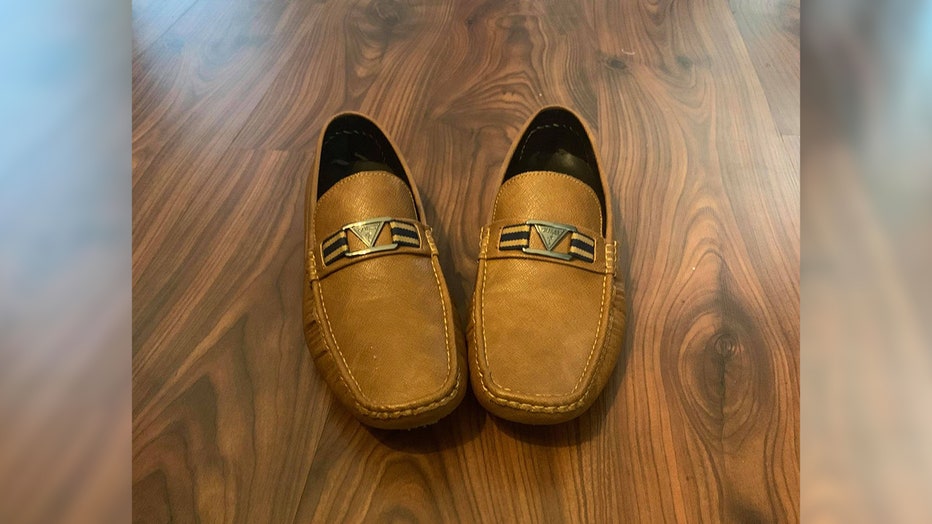 Butler said Peters looked relieved at the gesture, despite the shoes being two sizes too big for the high school student.

"When Mr. John said I can wear his shoes, my joy came back," Peters said.

"We’re gonna have to make this work, because no matter what, you are walking on that stage," Butler said he told Peters. "He smiled, he looked good and I was just so happy about that."

And Peters did just that. He was able to walk across the stage in Butler’s oversized shoes and receive his diploma.

"It was more of a slide," Butler joked. "It was funny. We all laughed."

Stevie Crovetto, the director of public information for Hahnville High School, told FOX Television Stations that it will be reviewing its dress code policies.

"When we have an opportunity to make improvements to current policies, procedures, guidelines, practices, etc., we act on it and as such, will be revising the graduation dress code. We appreciate this being brought to our attention so we can continue our work towards more inclusive and equitable practices," Crovetto said.

RELATED: Phone flashlights save the day when power goes out during Texas graduation

"We applaud Mr. Butler for his kind gesture and selfless act. We have spoken to the graduate’s family and Mr. Butler to inform them of our commitment to implementing a new dress code based upon input and feedback received from various stakeholder groups including students, parents and employees," Crovetto continued.

Peters said he was thankful for the selfless teacher who came to his aid.

"I would thank Mr. John from the bottom of my heart. Because he didn’t have to take off his shoes so I can walk on the stage even though my shoes was dress shoes," Peters said.

Butler hopes the school will make a more inclusive policy, so students "don’t miss out on a special moment like graduation."

"I always try to lead by example," Butler said, acknowledging his experience as a Marine Corps veteran. "Be kind, be compassionate, be helpful and be at service to others."