Shooting suspect Michael Boatwright, 28, and his accused accomplices, Dedrick Williams, 26, and Trayvon Newsome, 24, could all receive life sentences if convicted of first-degree murder. They are also charged with armed robbery. They have pleaded not guilty.

In pretrial hearings, the defendants’ attorneys have suggested there were others who had financial and personal motives for killing the singer, including members of his family and other rappers.

"It’s been over four long years in the making. We are excited to take this first step to bringing Dedrick home," said Mauricio Padilla, Williams' attorney. The attorneys for Boatwright and Newsome did not respond to emails seeking comment. The COVID-19 pandemic and legal wrangling delayed the start of the trial.

Circuit Judge Michael Usan rejected last week an attempt by Boatwright's attorney, Joseph Kimok, to have him declared mentally incompetent to stand trial. He also rejected a motion by the defendants' attorneys to try the three separately.

Usan ruled the defense attorneys' arguments could apply in all trials where there are multiple defendants, but in this case they don't outweigh the needs of "judicial economy" to not hold three trials if not absolutely required. 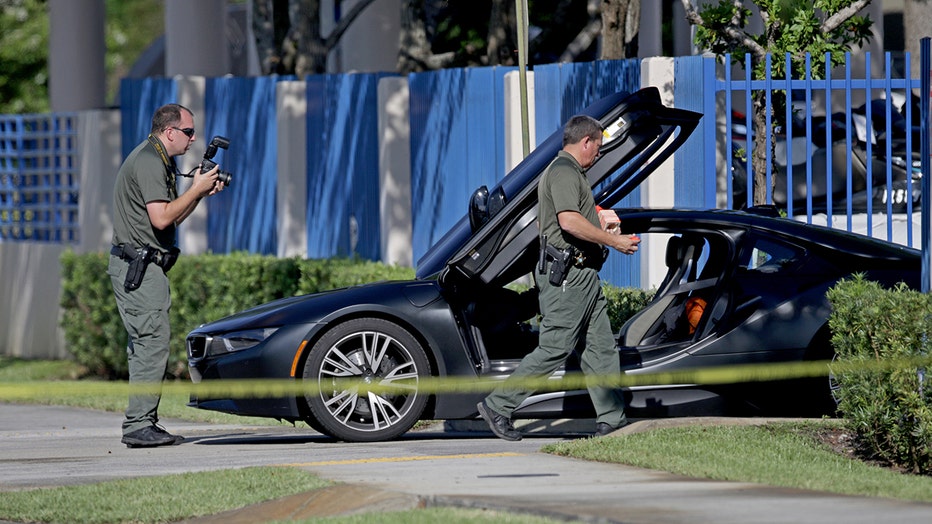 XXXTentacion. whose real name was Jahseh Onfroy, had just left Riva Motorsports in Pompano Beach, just north of Fort Lauderdale, on June 18, 2018, with a friend when his BMW was blocked by an SUV that swerved in front. Two masked gunmen emerged, confronted XXXTentacion at the driver's window and one shot him. They then grabbed a Louis Vuitton bag containing $50,000 cash the singer had just withdrawn from the bank, got back into the SUV and sped away.

XXXTentacion, 20, died at the hospital shortly after. He pronounced his name "Ex ex ex ten-ta-see-YAWN" and was a platinum-selling rising star who tackled issues including prejudice and depression in his songs. He also drew criticism over bad behavior and multiple arrests, including charges that he severely beat and abused his girlfriend.

Investigators say surveillance video from the store and other evidence links the three defendants and Allen to the killing.

They say video shows the SUV arriving at the motorcycle shop just as XXXTentacion and his friend entered. Williams and Allen followed them inside, with Williams making a small purchase. They then walked back to the SUV. About 10 minutes later, XXXTentacion and his friend tried to leave, but the SUV blocked them. Prosecutors say Boatwright and Newsome were the gunmen who confronted the rapper, with Boatwright firing the fatal shots.

Investigators say Boatwright's fingerprints were found on the driver's door of the rapper's BMW. Williams was identified by a Riva Motorsports clerk, who said he was a regular customer. Williams told investigators he did not know the other three were planning a robbery.

A search of Williams' social media showed photos of him with Allen, who was then identified from the surveillance video. Williams' girlfriend told investigators that he told her that the other gunman was Newsome.

They say cellphone data also links the defendants to the scene.

Photos of Boatwright and Newsome holding up large amounts of $100 bills, timestamped on the night of the killing, were also found on their phones, prosecutors say.