Police have arrested the father and son who were wanted for the murder of a Flint Family Dollar security guard who was killed last Friday following a dispute with a customer who would not put on a mask in the store.

FOX 2 - Police have arrested the father and son who were wanted for the murder of a Flint Family Dollar security guard who was killed last Friday following a dispute with a customer who would not put on a mask in the store.

Calvin “Duper” James Munerlyn, 43, was shot last Friday afternoon at the Family Dollar on Fifth Ave in Flint. He was pronounced dead at the hospital.

Larry Teague and Ramonyea Bishop were wanted for the murder and are now in custody.

Genesee County Prosecutor David Leyton said Larry Teague was arrested by the US Marshals Service Task Force in Houston, Texas, two days ago, while two others were arrested for helping him hide.

Teague was arrested near the motel, where he was checked in under his own name, when returning to his room, Leyton said. He was arrested by agents who had staked out the motel. 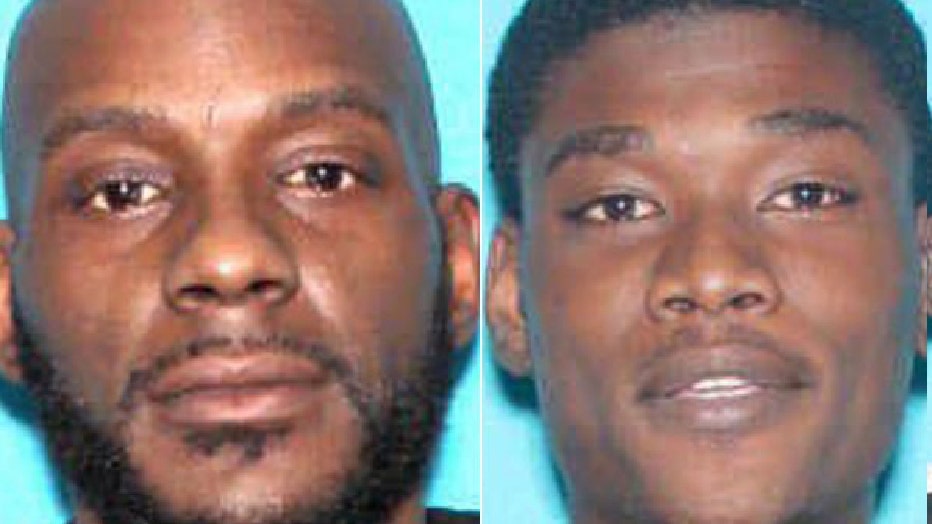 Teague's stepson Ramonyea Bishop was arrested today in Bay City, Michigan by Michigan State Police with the help of US Marshals. His whereabouts were based on a tip.

"This afternoon agents surrounded a three-unit apartment and called into the unit they believed he was hiding. He was taken into custody without incident," Leyton said, adding that the renter of the unit aided the investigation.

Leyton said that two people, Laura Mitchell and Terrance Findlay helped Teague by renting a car for him in Michigan, driving him to Texas, bought clothes for him from a Walmart and bought him his room.

They are also in custody and being charged with obstruction, harboring a felon, being an accessory after the fact to a felony. Mitchell has a fourth count of lying to a police officer. Both were charged with hindering the apprehension of a murder suspect.

The three Texas suspects are being held in Harris County, Texas and extradition is under way to Michigan.

Leyton says Munerlyn got into an argument with a woman named Sharmel Teague, 45 when he told her she needed to wear a face mask while inside the store. Authorities say Teague began yelling at Munerlyn and spit at him.

Munerlyn told her to leave the store and told a cashier not to serve her.

Her son, identified as Bishop, 23, is alleged to have then pulled out a gun and shot Munerlyn in the back of the head. He was pronounced dead later that day.

"From all indications, Mr. Munerlyn was simply doing his job in upholding the Governor's Executive Order related to the COVID-19 pandemic for the safety of store employees and customers," prosecutor Leyton said in a news release. He called the death senseless and tragic.

All three family members are charged with first-degree murder and felony firearm.

Sharmel had been in custody since the weekend while her husband and son were both on the run all week. Sharmel's daughter, Brya Bishop, was charged earlier this week with interfering with the investigation.