A driver arrested in connection with shooting at several people in Germantown, including a police officer, and leading police into a chase in Virginia appeared in court on Tuesday morning in Fairfax County.

GERMANTOWN, Md. - A suspect arrested in connection with shooting at several people in Germantown — including a police officer — and leading cops on a chase into Virginia appeared in court on Tuesday morning in Fairfax County.

Authorities say 26-year-old Frederick K. Njihia of Germantown is charged with eluding police and one other offense in Virginia. Once extradited, Montgomery County Police say the suspect will also face four counts of attempted first-degree murder and first-degree assault with a firearm.

The Montgomery County Emergency Communications Center received multiple calls for a man with a gun and shots fired in the 11300 block of Hawks Ridge Terrace in Germantown around 9:24 a.m. on Monday.

The officer relayed the information and a police pursuit began. Police chased the suspect down I-270. Virginia State Police picked up the chase on I-495.

State police said once the suspect’s Honda Civic made a U-turn on Route 7 at Route 267/Dulles Toll Road, a Virginia State Police trooper administered a tactic known as a "P.I.T. maneuver," to intervene with the suspect’s vehicle.

The Honda Civic ran off the road, struck the jersey wall and overturned onto its roof. Virginia State Police say Njihia was taken into custody without further incident and was transported to INOVA Fairfax Hospital for treatment of minor injuries sustained when his vehicle overturned.

Back in Germantown, MD on Tuesday, neighbors showed FOX 5 even more damage. 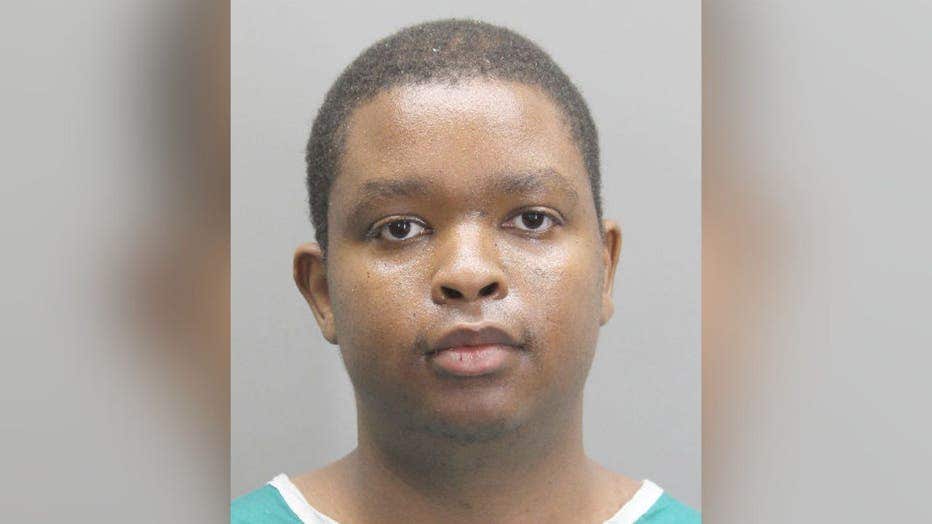 "It woke us both up – sounded like lightning cracked on the inside of our hallway," Jen Fanning told FOX 5. She and her husband also showed FOX 5 two bullet holes that went through their home, just diagonal from the 11300 block of Hawks Ridge Terrace.

Fanning questioned why this scene was not described as an "active shooter" situation.

At least one other neighbor showed FOX 5 bullet damage to their window. Multiple neighbors also told FOX 5 they heard similar loud-sounding bangs on Friday but had no idea where the sounds came from but exited their homes to find an SUV with windows busted out and several gunshot holes on the vehicle itself. Those neighbors now believe that Friday incident also involved the man arrested.

"I’m hoping that he will get help because he was found with two assault rifles … It’s very hard to handle that you’re living somewhere where you don’t know what can happen at any time," said Sharon Fairweather, who told FOX 5 she had just gotten home from work after the gunshots started on Monday.

A suspect wanted in connection with a Germantown shooting fired at a Montgomery County Police officer and initiated a pursuit that ended in a crash in Virginia, police confirm.

On recorded radio dispatch calls heard on the site, "OpenMHZ," police communicate to officers responding that the suspect’s father called in and informed police his son is schizophrenic. A Montgomery County Police Spokesperson could not confirm this on Monday due to privacy laws.

A man who identified himself as the suspect’s father hung up the phone when FOX 5 tried to reach out to the family.

Witnesses are hailing one certain neighbor, who was allegedly shot at, as a hero for snapping a photo of the suspect at his car to share with police, so that they could start their search with that image.