Video shows the suspect involved in a pursuit with Montgomery County Police crashing after police used a pursuit intervention technique to get him to stop. (CREDIT: Spencer Deese)

GERMANTOWN, M.d. (FOX 5 DC) - Charges are pending against a driver who was wanted in connection with a Germantown shooting and fired at a Montgomery County Police officer on Monday, initiating a pursuit that ended with a crash in Virginia.

Officials say the Montgomery County Emergency Communications Center received multiple calls for a man with a gun and shots fired in the 11300 block of Hawks Ridge Terrace in Germantown around 9:24 a.m. on Monday.

A suspect wanted in connection with a Germantown shooting fired at a Montgomery County Police officer and initiated a pursuit that ended in a crash in Virginia, police confirm.

The suspect, who police have identified as Frederick K. Njihia, 26, of Germantown, Md., shot multiple times at a Washington Suburban Sanitary Commission worker, striking his vehicle several times, as well as a male standing next to his truck. 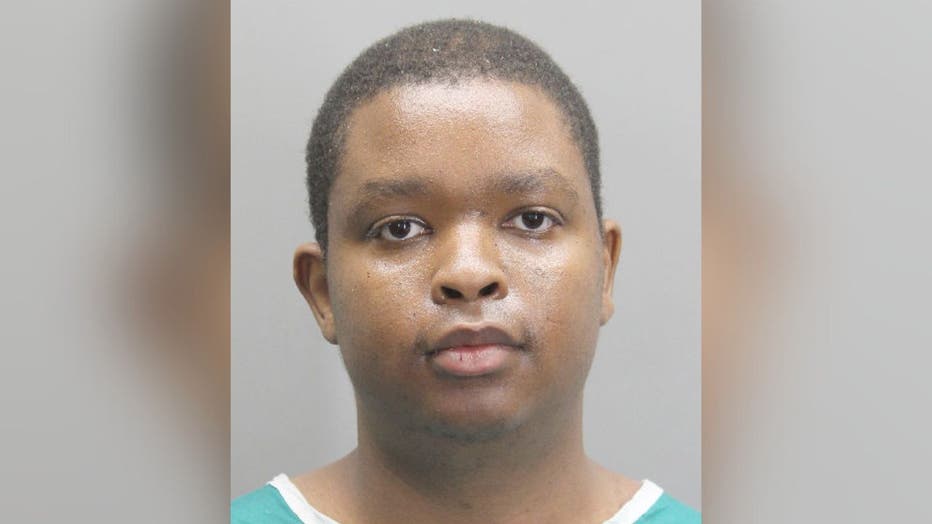 A description of Njihia’s vehicle, a blue Honda Civic, was provided to officers. And a short time later, a Montgomery County officer, along with a police officer candidate riding in the vehicle, were traveling on Germantown Rd. towards Frederick Rd., when they observed the suspect's vehicle.

Montgomery County Police said Njihia then shot at the marked police cruiser, flattening the cruiser’s front tire. The officer relayed the information and a pursuit was initiated. Montgomery County officers pursued the Honda onto I-270 southbound, heading towards VA, where Virginia State Police were notified and continued the pursuit.

Virginia state troopers positioned themselves on I-495 in the area of the American Legion Bridge in an effort to safely intercept the suspect vehicle as it traveled into Virginia.

Once the Honda Civic passed into Virginia on I-495, it exited onto Route 7 towards Tysons Corner. When it did a U-turn on Route 7 at Route 267/Dulles Toll Road, a Virginia State Police trooper administered a pursuit intervention technique by making contact with the suspect's vehicle.

The Honda Civic ran off the road, struck the Jersey wall and overturned onto its roof. Njihia was taken into custody without further incident and was transported to INOVA Fairfax Hospital for treatment of minor injuries sustained when his vehicle overturned.

Police released photos of the weapons found in the possession of the suspect.

Njihia has been charged with one felony count of eluding police and one misdemeanor count of reckless driving. He is currently being held without bond at the Fairfax Adult Detention Center and will be extradited to Montgomery County.

Njihia will also be charged, via a Montgomery County criminal arrest warrant, with four counts of attempted murder and first-degree assault with a firearm.

No officers were injured during this incident.