Leaving your car to warm up in the colder months unattended&nbsp;is tempting, but Prince George’s County Police warn&nbsp;you’re inviting criminals.

Last week, officers arrested 15 people in connection with stealing cars that were left running and unattended. Ten of those cars were recovered.

Officers with the Bowie Police Department also made arrests Friday morning in connection to car thefts.

In a video posted to the department’s Facebook page, Chief John Nesky said that one suspect told police, “I hope you guys are used to this because we will be coming back.”

The suspect went on to say that people in Bowie don’t lock their cars, so they know they can steal valuable property easily.

Police said car break-ins and stolen cars are nothing new but the crime continues to be a region-wide issue.

“My car wasn’t even unlocked when they broke in through the window a few years ago,” said Alonda Belton. “They broke the window and took stuff out the glove compartment.”

“I accidentally left my truck door unlocked and someone went in my truck,” said Marionette German. 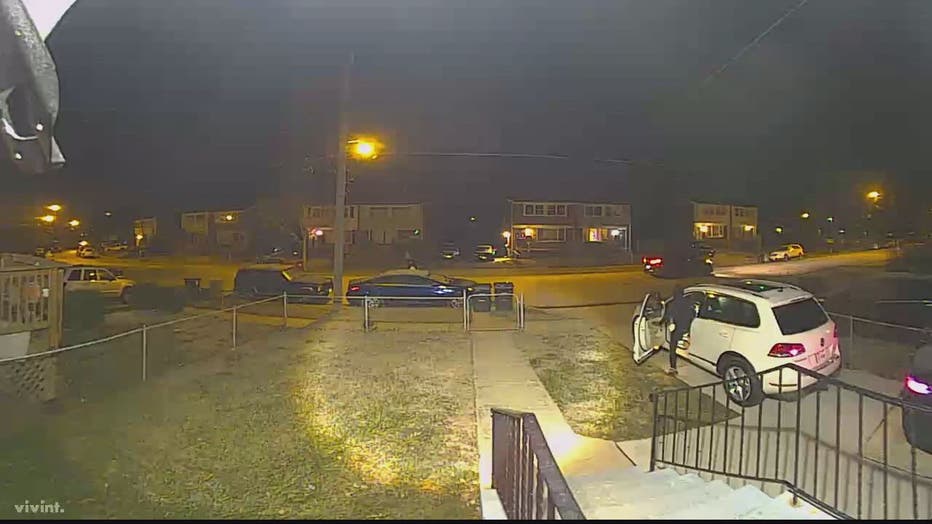 Police said that most of the crimes that resulted in the 15 arrests took place in Hyattsville and Capitol Heights, a majority of which were caught on resident Ring cameras.

Police said the incidents are a result of drivers starting their car to let it warm up but then they leave it running and unattended.

“I’m guilty, I mean I do it at times,” said Ilyana Alvarez.

“I never do that, I always stay in my car if I need to warm it up,” said Flor Alvarez, who is not related to Ilyana.

Just last week in the Chillum area, an officer escaped serious injury after getting dragged by a driver in a stolen car during a traffic stop on Drexel Street.

The driver of the vehicle has not been caught and the stolen car has not yet been recovered.

According to the Maryland Annotated Vehicle Code, an operator of a vehicle to leave a vehicle running and unattended unless the operator allows a motor vehicle that is locked and on private property, not open to the public, to operate unattended for up to five consecutive minutes when the vehicle is not in motion.

Police said if a driver is caught leaving their car running and unattended, they are subject to receiving a ticket.