Montgomery County Police say an Olney surgical assistant has been arrested after allegedly sexually assaulting a patient following a procedure in 2021.

MONTGOMERY COUNTY, Md. (FOX 5 DC) - An Olney surgical assistant has been arrested after allegedly sexually assaulting a patient following a procedure in 2021, according to Montgomery County Police.

Mir Asadullah Naqvi, 47, of Ellicott City, is alleged to have sexually assaulted a patient following a surgical procedure at the Olney Center for Oral and Maxillofacial Surgery on March 25, 2021.

According to court documents, the victim came to the facility to have her wisdom teeth removed. She says as she came out of the anesthesia, Naqvi put his hand up her shirt, thinking she was still unconscious. 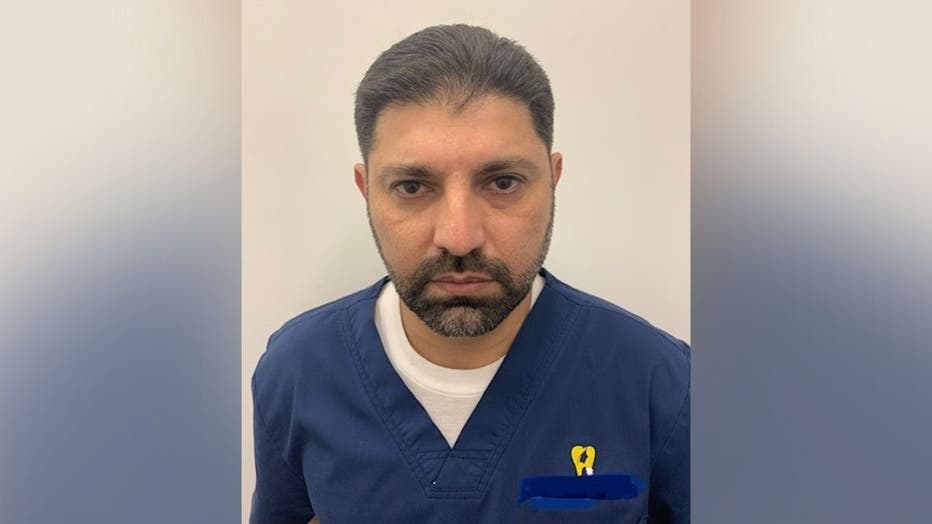 The victim underwent a sexual assault forensic examination on March 26, 2021. A DNA search warrant for Naqvi was executed on June 15.

Naqvi denied any sexual contact with the victim when he was interviewed on June 15.

In May 2022, results from the DNA testing were made available showing that Naqvi's DNA was found on the victim's chest.

On the strength of the evidence, a warrant for Naqvi’s arrest was filed on May 5, 2022. Naqvi was arrested on Wednesday, May 18.

Naqvi has been charged with second-degree sexual assault and third- and fourth-degree sexual offenses. He is currently being held in the Montgomery County Central Processing Unit, where he awaits a bond hearing.

Detectives believe that there may be additional victims of Mir Asadullah Naqvi that have not contacted police. Detectives are urging victims to contact the Special Victims Investigations Division at 240-773-5400.