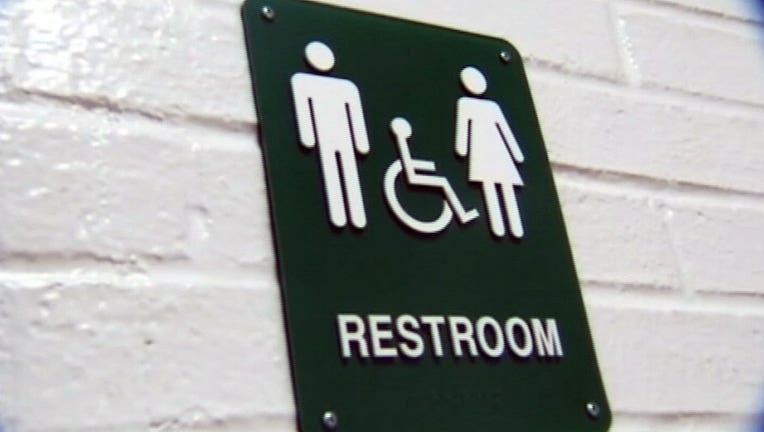 WASHINGTON (AP) -- The Supreme Court is leaving the issue of transgender rights in schools to lower courts for now after backing out of a high-profile case Monday of a Virginia high school student who sued to be able to use the boys' bathroom.

The court's order in the case of teenager Gavin Grimm means that attention now will turn to lower courts around the country that are grappling with rights of transgender students to use school bathrooms that correspond to their chosen gender, not the one assigned at birth.

The appeals court in Richmond, Virginia, and other appellate panels handling similar cases around the country will have the first chance to decide whether federal anti-discrimination law or the Constitution protects transgender students' rights.

Monday's action by a court that has been short-handed for more than a year comes after the Trump administration pulled back federal guidance advising schools to let students use the bathroom of their chosen gender, not the one assigned at birth.

The justices rejected a call from both sides to decide the issue in a case that was dramatically altered by the election of President Donald Trump.

Grimm's case had been scheduled for argument in late March. Instead, a lower court in Virginia will be tasked with evaluating the federal law known as Title IX and the extent to which it applies to transgender students. Lawsuits involving transgender students are making their way through the courts in at least five other states: Illinois, North Carolina, Ohio, Pennsylvania and Wisconsin.

Talking to reporters by telephone Monday, Grimm said the situation has added stress to the usual senior year worries of applying to college because the "school board has sent this direct message ... that there is something about you that deserves to be segregated from the rest of the student body."

The court case has drawn attention from all over the world. Apple, IBM and Microsoft were among the 53 companies that signed onto a brief filed last week urging the court to rule in his favor.

In Gloucester, a small, conservative Tidewater town, the issue has divided residents and fellow students.

Fellow senior Shaelyn McNeil said Grimm should be free to make changes, but she thinks his lawsuit has "gone a little too far."

Shelbi Stackler, a graduate of Gloucester High School, said Grimm should be allowed to use the boys' bathroom because "he doesn't want to feel different. He just wants to feel like a normal boy."

Joshua Block, the American Civil Liberties Union attorney who represents Grimm, said he remains persuaded that courts ultimately will side with transgender students.

But, Block said, "This is disappointing for trans kids across the country and for Gavin, who are now going to be held in limbo for another year or two. But Title IX means the same thing today as it meant yesterday. Lower courts already have held that it protects trans kids."

In a statement relayed by school board lawyer Kyle Duncan, the board said it "looks forward to explaining why its commonsense restroom and locker room policy is legal under the Constitution and federal law."

The high court action follows the administration's recent decision to withdraw a directive issued during Barack Obama's presidency that said which bathroom to use should be based on students' gender identity.

The administration action triggered legal wrangling that ended with Monday's order. In essence, the federal appeals court in Richmond, Virginia, had relied on the Obama administration's interpretation of Title IX to side with Grimm. The appeals court accepted the administration's reading of the law without deciding for itself what the law and a related regulation on same-sex bathrooms and locker rooms mean.

No appeals court has yet undertaken that more independent analysis, and the Supreme Court typically is reluctant to do so without at least one appellate opinion to review, and usually more than one.

Another possible explanation for Monday's order is that the court might want more of a societal consensus to develop before it issues a ruling in favor of transgender rights, said John Neiman, an Alabama lawyer who served as a law clerk to Justice Anthony Kennedy.

"What happened today feels a lot like 2013, when the court used a procedural ruling to temporarily duck the same-sex marriage issue," Neiman said.

By 2015, same-sex marriage was back before the court and Kennedy's opinion gave same-sex couples the right to marry nationwide.

The court's reluctance to take on transgender rights now may have been underscored by the high court vacancy caused by the death of Justice Antonin Scalia nearly 13 months ago and the refusal of Senate Republicans to consider Obama's nomination of Judge Merrick Garland to fill the seat. Eleven days after taking office, Trump nominated Judge Neil Gorsuch for the court.

Senate Republicans, who hold a slim majority, have scheduled hearings on Gorsuch's nominations to begin on March 20 and hope to vote to confirm him by the second week in April.

The justices did not comment on the case beyond their one-sentence order returning it to the 4th U.S. Circuit Court of Appeals.