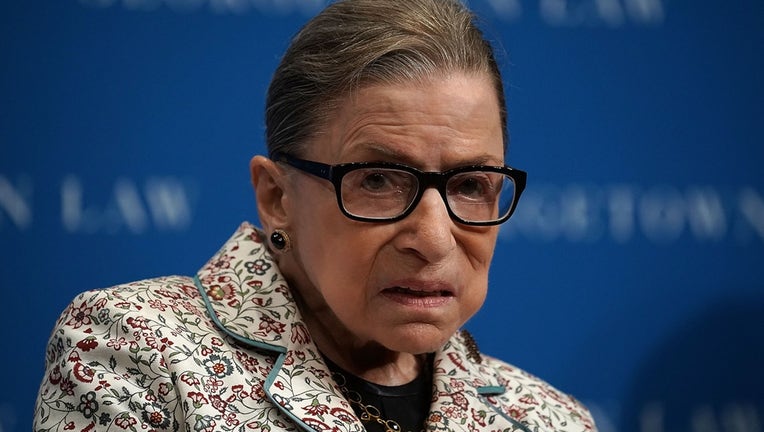 WASHINGTON (AP) - Supreme Court Justice Ruth Bader Ginsburg is glad to be home after being discharged Wednesday from a Baltimore hospital, the court said.

Ginsburg, 87, spent one night at the Johns Hopkins Hospital to receive nonsurgical treatment for an infection caused by a gallstone. She participated in court arguments by telephone from her hospital room Wednesday.

She will return to the hospital for outpatient visits over the next few weeks and will eventually have the gallstone removed, the court said. The procedure does not involve surgery.

The court's oldest justice has been in the hospital twice since November because of infections. She also received outpatient radiation treatment in New York in August for a tumor on her pancreas.

Ginsburg has twice been diagnosed with pancreatic cancer and also had lung surgery in December 2018 to remove cancerous growths. She underwent surgery for colorectal cancer in 1999.