The jump was scheduled for Thursday morning at City Dock. Heavy fog blanketed the much of the area during the early morning hours but had mostly dissipated as midday approached. 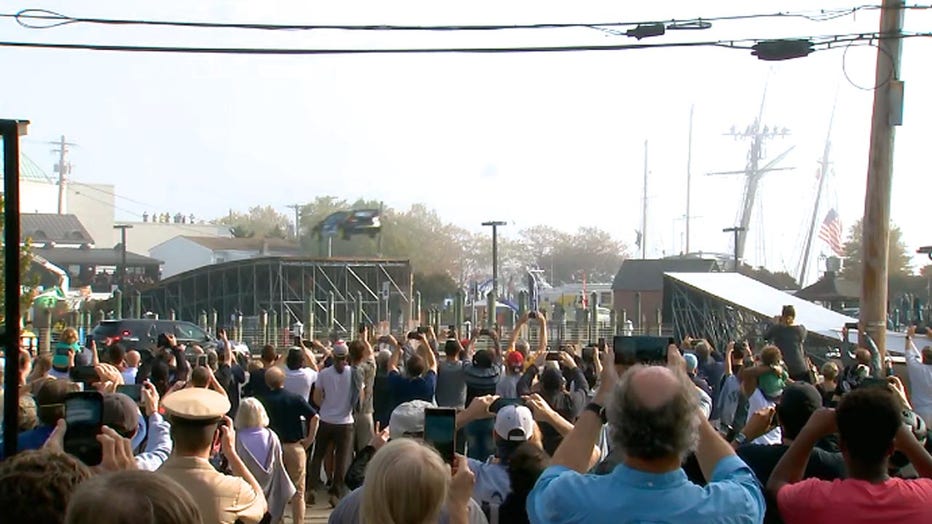 By 10:30 a.m. the tarps that had been covering the ramp had been removed as crowds gathered on either side of the waterway. Pastrana made the jump just before 11 a.m.

In addition to performing stunts, Pastrana has competed in motocross events and has medaled in X Games competitions.