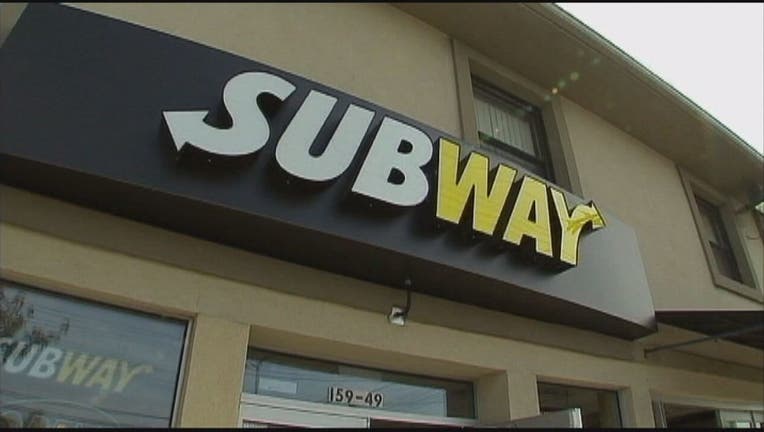 (FoxNews.com) - The chicken in your Subway chicken sandwich might not contain very much chicken meat at all.

A recent study conducted by the Canadian Broadcasting Corporation has found that the sandwich chain's chicken meat contains about only about 50 percent chicken DNA -- or about half as much as fresh chicken from a supermarket.

The findings were part of a larger survey examining chicken items from several different fast food chains that operate in Canada, including Wendy's, McDonald's, Tim Hortons and A&W-- but it was Subway's results that were most surprising to researchers, Fox 5 San Diego reports.

In the tests, most of the meat from Subway's competitors was shown to contain 85 to 90 percent chicken DNA, but Subway's oven roasted chicken registered at just 53.6 percent. Its chicken strips scored even lower, containing just 42.8 percent chicken DNA.

Trent University's Wildlife Forensic DNA Laboratory, which conducted the tests for the CBC, says that chicken purchased from a butcher or supermarket should register at 100 percent chicken DNA, although the process of marinating or seasoning the meat can result in a lower percentage.

In Subway's case, however, Trent University's team concluded that the restaurant bolsters its chicken products with soy fillers.

Following the study, the CBC contacted all five restaurants from which samples were obtained. And while Subway claimed to use only 100 percent white meat chicken in their chicken products, they did admit to using soy as a stabilizer.

"Subway Canada cannot confirm the veracity of the results of the lab testing you had conducted," the sandwich chain said in a statement.

"However, we are concerned by the alleged findings you cite with respect to the proportion of soy content. Our chicken strips and oven roasted chicken contain 1 percent or less of soy protein. We use this ingredient in these products as a means to help stabilize the texture and moisture.

"We will look into this again with our supplier to ensure that the chicken is meeting the high standard we set for all of our menu items and ingredients," they added.

Subway's chicken also caused a stir in late 2015 following a study by the environmental group Friends of the Earth, which awarded the franchise an F for using antibiotics in their meat. In response, Subway announced that they would be removing poultry raised with antibiotics from its 27,000-plus of its U.S. locations by the end of 2016.

A representative for Subway was not immediately available for comment.