It's a special day at FOX 5 as Steve Chenevey is celebrating 20 years at the station! The Good Day DC crew and Steve look back on his two decades, and share some of their favorite memories.

"Twenty years ago today was my first day here - which has just flown on by," he told his co-anchors on the set of GoodDayDC. He said he recently went back and looked at some videos he saved from his first weeks on the job. 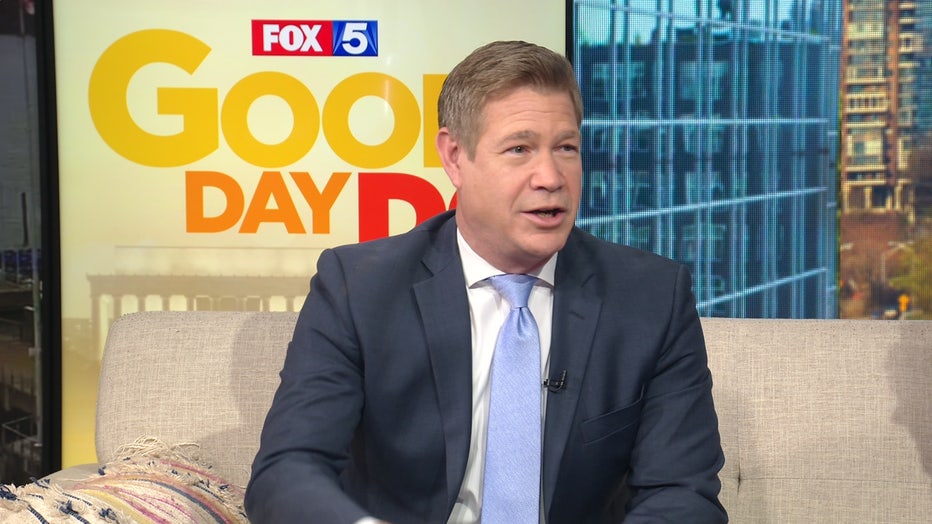 "Everybody looked great back then and everybody looks great today," he said. "And that's the best thing about working here - it's that we've literally all grown up together."

"Steve, you are one of our constants and for me personally, I never have to worry when you're here – it's when you call in sick I worry!" his longtime co-anchor Holly Morris said to laughs. "What a joy and a pleasure to have you as a colleague."

"And you were a great softball coach," joked Wisdom Martin reminiscing about the days they all played for the station's team.

One of Steve's best friends at the station over the years – Tucker Barnes - shared some old photos of the two – even comparing them to the famous duo, Thelma and Louise! Tucker even handed over his weather controller and turned over the forecast to him.

"I know deep down inside - all anchors - admit it you couch people - you all want to be weather forecasters!" Tucker quipped before turning it over. "Everybody celebrate 20 years – he won't be here 20 years from now – I guarantee it!"

Steve was born and raised outside of Pittsburgh. He first joined WTTG in 2003 – and rejoined in 2013. "It's been a great ride so far as I've had the chance to interview hundreds of top athletes, newsmakers, politicians and celebrities," he said in his bio.

He calls himself a ‘breaking news junkie' and says he's been fortunate to win two Edward R. Murrow Awards and six Emmys during his time at FOX.

Everyone at FOX 5 congratulates you, Steve, on twenty successful years at FOX 5! Here's to 20 more!

Our very own Steve Chenevey is celebrating 20 years at FOX 5! To help him celebrate, Tucker Barnes invited Steve over to help him deliver the weather forecast.