Almost two months after a tragic crash in Fairfax that killed two students, county leaders are working to help make the roads safer.

OAKTON, Va. - Nearly two months after a pair of Oakton High School students lost their lives as they were walking home from school, changes are coming to the Blake Lane area of Fairfax County.

"These were young girls who lost their lives," she said.

Fairfax Co. police said the girls, along with several of their classmates, were hit by 18-year-old Usman Shahid who was speeding down Blake Lane just blocks from the school.

Shahid is now facing two counts of involuntary manslaughter charges, while Palchik and the county have been working on ways to make sure this doesn’t happen again.

"We know that there are some fixes, some things that we can do that are going to be more long-term, but I really wanted to see what kind of short-term things we can address," Palchik said. 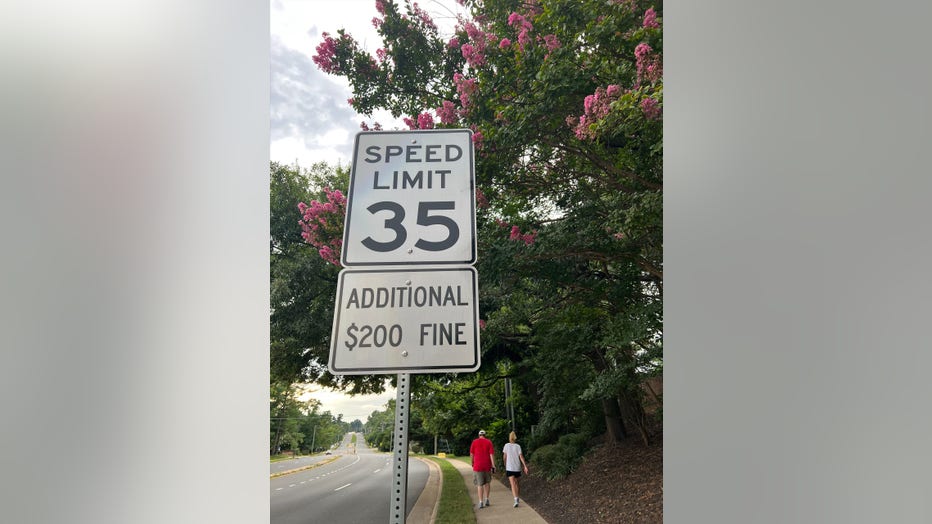 Before the school year begins, drivers can expect to see new signs along Blake Lane from Sutton Road to Route 29 enforcing the 35-mile per hour speed limit. The board of supervisors approved the signs at their last meeting.

"It does give police the authority to give the additional $200 for speeding," Palchik said.

Two Oakton High School students are dead and another is fighting for her life after a two-vehicle crash on Blake Lane and Five Oaks Road in Fairfax this afternoon.

"We know signs won’t fix everything but every little thing we can do; this was the most immediate first step we can take that VDOT can do immediately," Palchik said.

Parents FOX 5 spoke with off-camera said they want more to be done. They want to see police enforcement in the area. Unfortunately, with the ongoing officer shortage, Palchik says that can’t be guaranteed every day.

Palchik says the county is working to hopefully get a pilot program approved that will allow speed cameras to be set up in the area.