Election tomorrow could be a preview of November election

Tomorrow marks an unprecedented election in Maryland. For the first time, voters will cast ballots primarily by mail. The special election is for Baltimore Congressman Elijah Cummings' seat after his death last year.

For the first time, Maryland voters are casting ballots almost entirely by mail in a special election that may be a precursor to November.

Tuesday’s special election is between Democrat Kweisi Mfume and Republican Kimberly Klacik for Baltimore Rep. Elijah Cummings’ seat following his death last year. The seventh Congressional district is made up of part of Howard County as well as Baltimore city and county.

Voters have been strongly encouraged to vote by mail due to the coronavirus pandemic. All ballots will be quarantined for 24 hours.

”Just to make sure that there’s no possible contamination to our really hard-working, dedicated, local election officials,” said Nikki Charlson with the Maryland State Board of Elections.

There are be three locations to vote in person. Charlson said voters are urged to wear masks, poll workers will have protective equipment and there will be plexiglass dividers to help keep everyone safe. 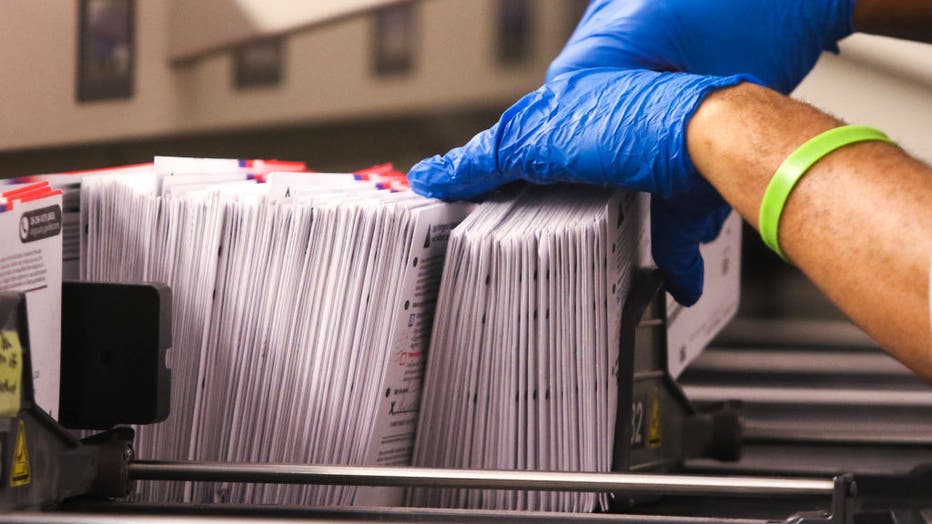 There are already similar plans in place for Maryland’s presidential primary that was postponed until June. As far as November, nothing is set in stone yet, but it could be the state’s first vote by mail presidential election with far fewer polling places.

“I think the number of vote centers depends on how bad the public health emergency is,” said Charlson. “We have three vote centers for tomorrow. We have more for June 2nd and the thought is that we could mirror either one of those scenarios for November if need be.”

Election watchdog group Common Cause says it’s vitally important for voters to understand new procedures and that everyone eligible receives a ballot.

”We encourage vote by mail as an organization, that’s a reform that we believe makes voting more accessible to people,” said Tierra Bradford with Common Cause Maryland. “It’s just concerning when the system has been set in place so quickly.”

The group will be taking calls Tuesday from any voters who have problems. That number is 1-866-OUR-VOTE.

For more information on voting in the special election, click here.