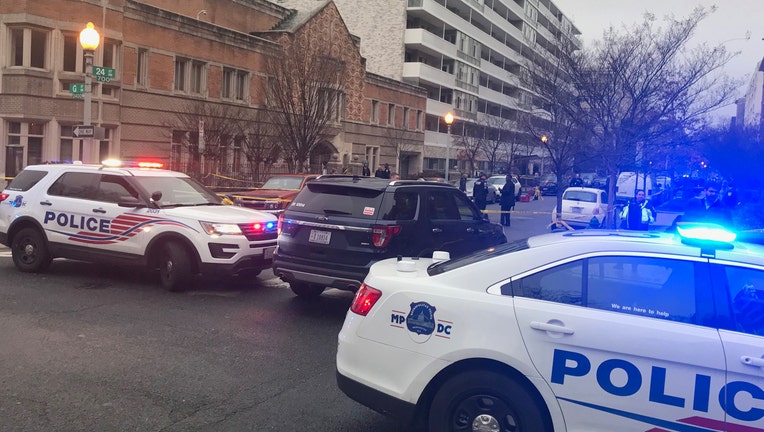 WASHINGTON - A 51-year-old Southeast D.C. man is charged with murder in connection with the stabbing death of another man outside of a Virginia Avenue, Northwest church soup kitchen.

Police arrested Joseph Melton on Tuesday, and charged him with first-degree murder while armed and assault with intent to kill.

They say the victim’s identity is being withheld pending next of kin notification.

Police arrested Melton after responding to the scene outside the Western Presbyterian Church in the District's Foggy Bottom neighborhood around 2:35 p.m.