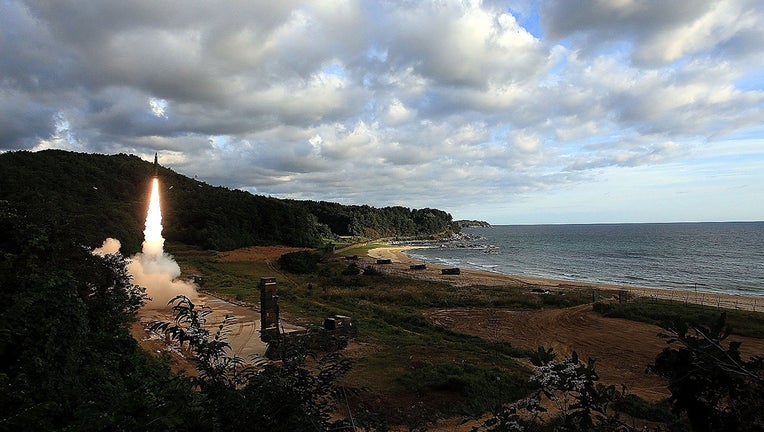 The South's Joint Chiefs of Staff said the projectiles fired from the eastern coastal town of Wonsan flew 430 kilometers (267 miles).

It wasn't immediately known what type of projectiles North Korea fired. But in the past, such launches have involved missiles or artillery.

The joint chiefs said South Korean and U.S. militaries were analyzing details of the launches.

Thursday's launches came as the North was ramping up pressure on the United States ahead of the possible resumption of nuclear diplomacy.

During a third summit at the Korean border late last month, U.S. President Donald Trump and North Korean leader Kim Jong Un agreed to resume nuclear negotiations, which had been deadlocked since their second summit in Vietnam in February ended without any agreement due to disputes over U.S.-led sanctions.

North Korea said last week it may lift its 20-month suspension of nuclear and missile tests to protest expected military drills between the United States and South Korea that Pyongyang says are an invasion rehearsal.