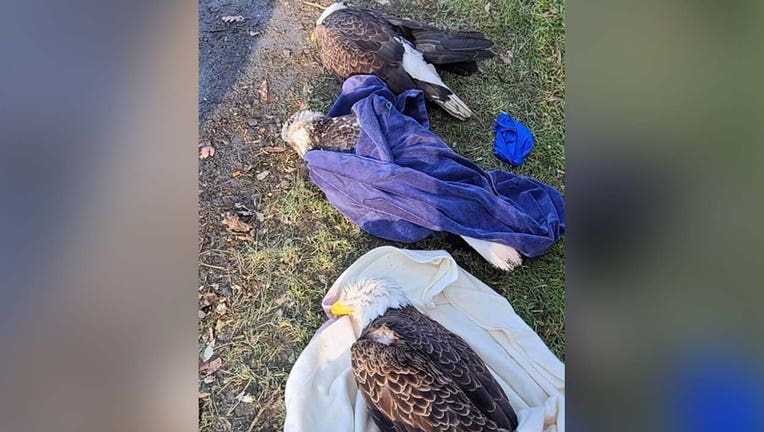 The Washington Post reports that William Fauntleroy found the birds Sunday in the Manchester area of Carroll County near the Pennsylvania border. He says he saw an eagle near his mailbox that was acting weirdly and appeared unable to fly.

The group of birds was feeding on a deer carcass, and one died after flying into a power line.

The Maryland Zoo announced on Friday that it has welcomed three new penguin chicks to its colony,

Wildlife rescuers took the four other eagles to the Phoenix Wildlife Center in Baltimore County.

The Maryland Natural Resources Police say samples from the deer remains would be analyzed.