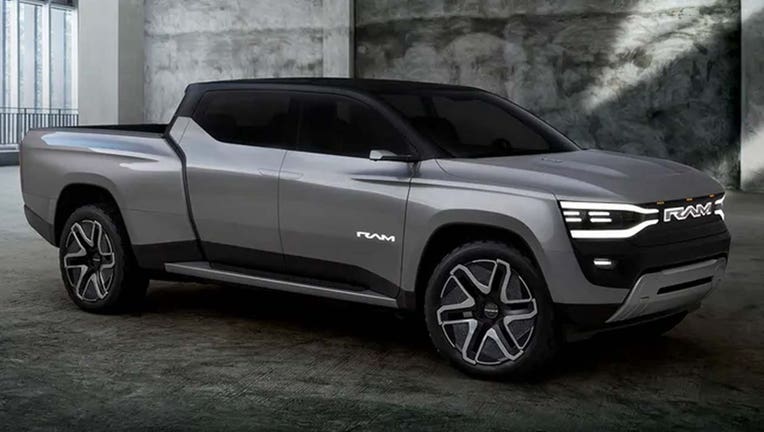 The Ram 1500 Revolution is a full-size electric pickup. (Ram)

Ram's first electric pickup aims to live up to its name.

The Ram 1500 Revolution concept revealed at CES previews a battery-powered production truck that's set to go on sale in 2024.

Along with an all-electric drivetrain that Ram promises will deliver best-in-class performance, the full-size truck is packed with a host of unique features that could help set it apart in the increasingly crowded EV pickup segment.

The brand hasn't released specifics on power, driving range and towing capacity, but Ram CEO Mike Koval said it will be "pushing past what our competitors have announced," which includes the Chevrolet Silverado EV's estimated 754-horsepower, 400-mile and 10,000-pound ratings. 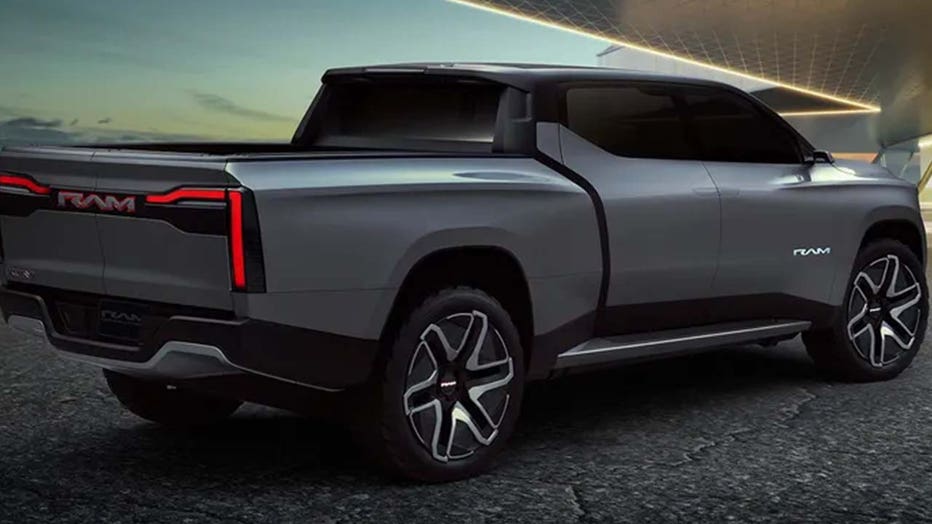 Ram promises the 1500 Revolution will have best-in-class performance. (Ram)

It will, however, be built around an 800-volt electrical architecture and recharge with 100 miles worth of electricity in 10 minutes at the fastest public charging stations.

Head designer Ralph Gilles told Fox News Digital his team gave the Revolution a "brutifal" design. It's wide enough to require amber market lights like an oversize heavy-duty truck but features sleek bodywork and a raked windshield that give it a modern look.

The cabin is topped by a full electro-chromatic glass roof with adjustable opaqueness and is entered through opposing coach-style doors that likely won't make it to showrooms, but do help show off what's inside.

Gilles said Ram was able to take advantage of the EV platform's proportions to create a passenger compartment that's roomy enough to fit a third row of fold-down jump seats that can be accessed by sliding the second row forward. 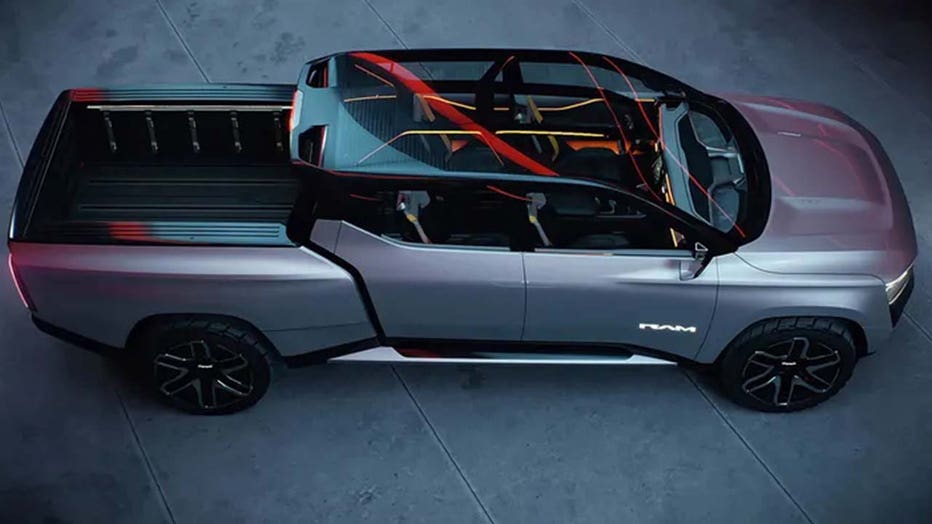 The Ram 1500 Revolution concept has an electro-chromatic glass roof. (Ram)

The Revolution also has a fold-down rear wall that stretches the bed floor into the cabin and a tunnel down the center that goes under the armrest through the dashboard and into the front trunk.

With the tailgate up and the "frunk" closed, there's enough room for 18-foot items like beams and pipes to fit within the confines of the truck.

The front seat armrests convert into airplane-style tray tables, and the twin screens for the infotainment system and climate controls can be repositioned, with the bottom one completely removable for use as a tablet computer.

The Revolution is envisioned with Level 3 semi-autonomous driving capability that provides hands-off operation in certain circumstances, and its squared-off steering wheel is engineered to collapse into the dashboard when not needed.

When the driver is using the wheel, the truck offers four-wheel-steering that can turn the rear wheels up to 15 degrees. That beats the 10 degrees provided by the similar system available on the GMC Hummer EV and can either tighten the Revolution's turning circle or allows it to drive diagonally at low speeds, similar to the way the Hummer's CrabWalk mode works.

The Revolution is also capable of following someone standing outside the vehicle in what's called Shadow Mode, which is voice activated and meant for use in work settings like farming and construction. Not all the features on display in the concept will be available at launch, but Gilles said the company will be listening to feedback from fans and work that into future product plans.

Pricing and an exact date for the start of production haven't been announced, but the first Revolutions will be rolling into showrooms sometime next year.

Find more updates on this story at FOXNews.com.