PHOENIX, Tx. - "This dog is a miracle for us," said Christin Lhautara, in a phone interview.

It was a dream come true for the Lhautara family -- a 3-year-old service dog, named Daisy, for their 2-year-old daughter, Mila, who was born with hydrocephalus, then was diagnosed with epilepsy at 2. 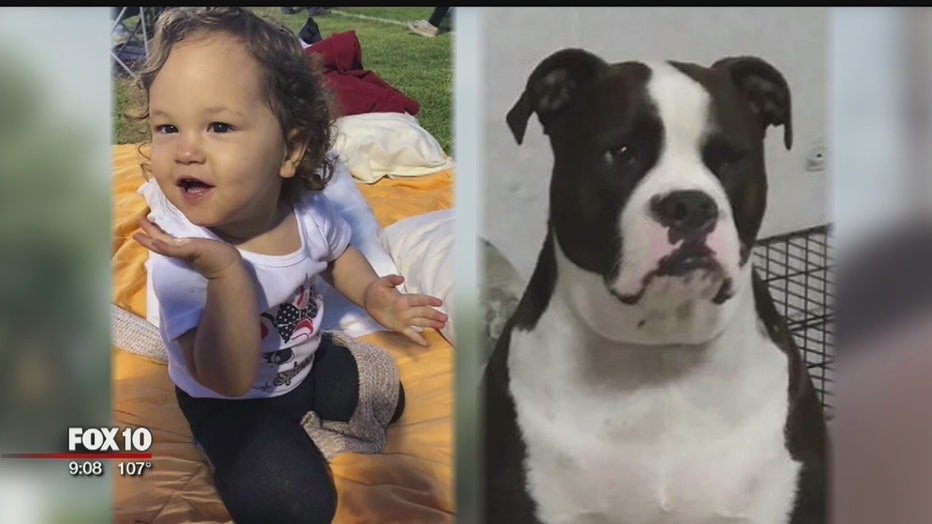 "She is going to provide an extra layer of protection for my daughter," said Christin. "She doesn't have seizures where she shakes and it's noticeable. Her seizures are silent. Her seizures don't break unless she's given medication. There no telling what can happen."

It was a perfect match with a big problem: Mila is in California, while Daisy is in Phoenix. As Kim Biggerstaff was trying to reserve a Delta flight, workers with the airline company said Daisy was not allowed on board, despite being a service dog.

"If she's a pit-bull breed, we can't fly it because they had an ESA dog maul a stewardess," said Kim. "But that was an ESA and it wasn't a real ESA dog."

According to Help A Dog Out Rescue in Mesa, Daisy is a Boxer/Bulldog mix.

"I said that's discrimination, that's illegal," said Kim. "They said no, we have lawyers on standby. We wouldn't do this if there were any legal issues that could arouse. I said that's unfair. This is an actual, trained service dog. Thousands of dollars went into this dog in training and time and energy, and this dog has been working in her field for three years, Never had an issue."

FOX 10 has reached out to Delta Air Lines to find out what happened, and why the service dog wasn't allowed on board. In a statement, Delta officials said:

"In 2018, Delta tightened its policies on Emotional Support Animals by requiring a "confirmation of animal training" form, as well as other official documentation. The airline also banned pit bulls and animals under four months of age as service or support animals."

Kim has since booked a flight with Southwest Airlines and will be traveling to California to give Mila her dog.