ASSATEAGUE ISLAND NATIONAL SEASHORE - A section of beach at the Assateague Island National Seashore has been closed after officials say pieces of unexploded military ordnance have been found.

National Park Service officials say over the last two weeks at least seven fragments of military munitions debris have been found on the beach. 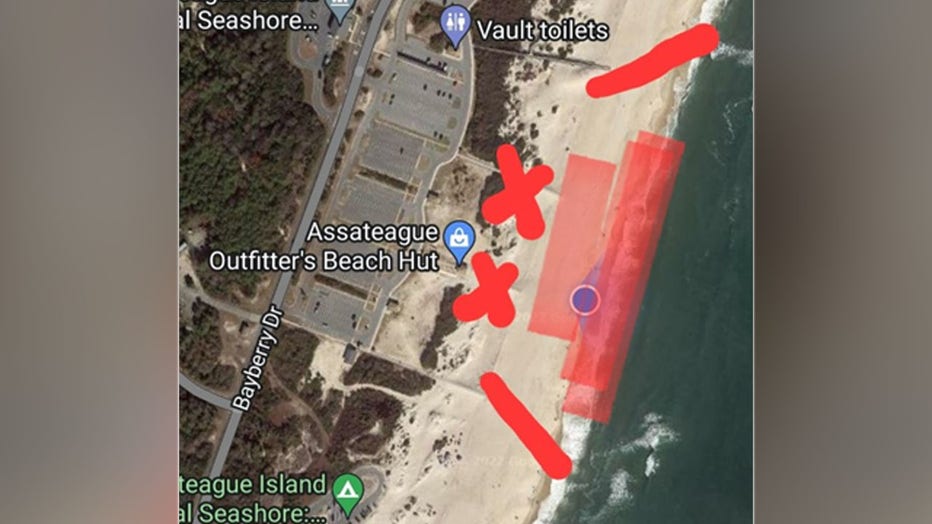 The area was used by the U.S. Navy during the 1940s as a test range for rockets and bombs. The area was cleaned up in the 1950s and munitions debris was buried in pits on the island. Due to sea level rise and island movements, some of those pits are now offshore.

Officials say a large Nor’easter in May possibly disturbed the seafloor and uncovered one of the pits resulting in pieces of ordnance coming ashore.

They say most of these pieces are metal fragments, but may still contain residue of either explosives or propellant and are considered dangerous.

Anyone who finds a piece of unidentified metal on the beach is advised not to do not touch it, and to notify park staff.

- The "normal" lifeguarded beach area is closed until further notice.

- The beach is open both north and south of the lifeguarded area.

- The Beach Hut will remain open.

- Lifeguards will be located immediately south of their normal area.