Six years after taking down a man who jumped the White House fence, a Secret Service K-9 is enjoying retirement and now has a nonprofit named in his honor.

WASHINGTON (FOX 5 DC) - Six years after taking down a man who jumped the White House fence, a Secret Service K-9 is enjoying retirement and now has a nonprofit named in his honor.

Hurricane, a Belgian Malinois, is 11 years old and lives with his handler, Marshall Mirarchi and Mirarchi’s girlfriend, Lisa Woods.

Mirarchi and Woods recently launched K-9 Hurricane’s Heroes, a non-profit to help other retired K-9’s get the life they deserve. The all volunteer group provides retired law enforcement and military dogs with subsidized veterinary care so they can live a healthy life in retirement.

The issue is that when these hero dogs retire, the owner, typically the handler, is responsible for all expenses, medical and otherwise. It can be daunting, especially if the dog has job-related injuries.

Woods said she and Mirarchi, who was out of town for work, are fortunate because Hurricane was provided medical care for life through one of his many awards and accommodations. 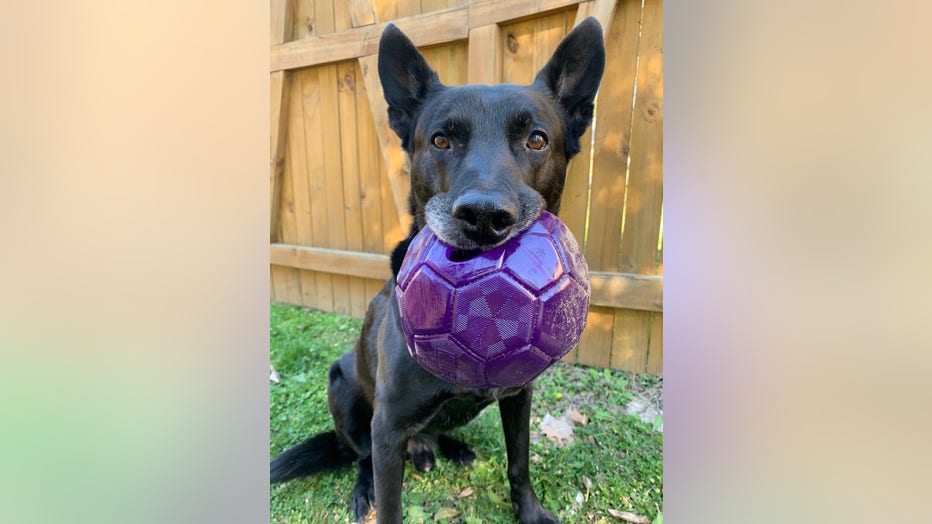 “Which is the most amazing precious gift we could ever receive,” said Woods. “And so we do see the expenses. He’s had a lot done, most of it’s dental at this point. But we wanted to pay it forward.”

In October 2014, Hurricane took a beating when he helped detain the fence jumper who can be seen in video of the incident punching and kicking Hurricane and the other Secret Service K-9, Jardan.

“It’s the hardest thing (Marshall) says he’s ever had to see,” said Woods.

The jumper, Dominic Adesanya, was eventually sentenced to time served and supervised release. Both dogs were OK following the attack, although Woods says Hurricane has had some related issues.

“His hips are starting to hurt. He’s getting some arthritis,” said Woods. “So we’re working on that.”

She said Hurricane retired early and now instead of protecting presidents, he focuses on his chew toys.

“He took to retirement very well,” said Woods. “He now has a spot on the bed.”

Woods says he still gets excited when they take him for walks near the White House.