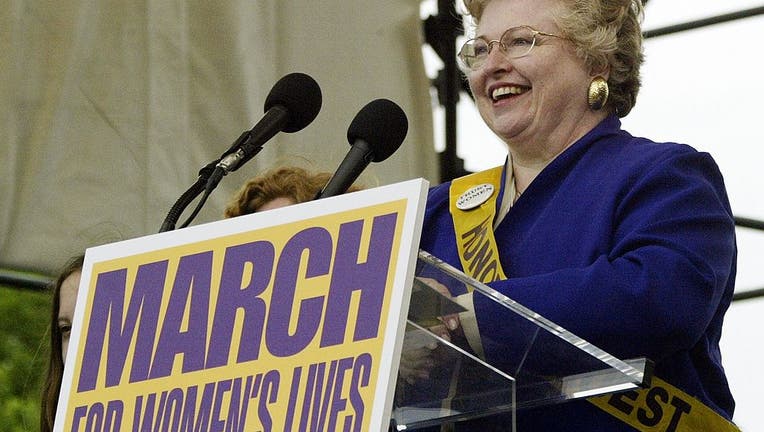 Sarah Weddington, one of the attorneys who argued the landmark abortion case Roe v. Wade in 1973, died at the age of 76, a former student said Sunday.

"Sarah Weddington died this morning after a series of health issues," Susan Hayes, a Democratic attorney running for Texas agriculture commissioner who is a former student of Weddington's, wrote on Twitter Sunday.

"With Linda Coffee she filed the first case of her legal career, Roe v. Wade, fresh out of law school," Hayes added. "She was my professor at UT, the best writing instructor I ever had, and a great mentor." Hayes noted that Weddington argued Roe at age 27.

The daughter of a Methodist minister, Weddington was born in 1945 in Abilene, Texas. She argued Roe in 1972 and won election to the Texas House of Representatives in 1973, where she served three terms. She served in the Department of Agriculture in 1977, and she served as assistant to President Jimmy Carter from 1978 to 1981, directing his administration's work on women's issues.

The U.S. Supreme Court has ruled that Texas abortion providers can file a lawsuit against the state's ban on most abortions but allowed the law to remain in effect for now. The law makes abortion illegal after cardiac activity is detected in an embryo -- normally around six weeks, before some women even know they are pregnant. There are no exceptions for rape or incest.

According to Weddington's book, she traveled Mexico for an illegal abortion in 1967, during her third year of law school.

Norma McCorvey, the woman known as Roe in the case, famously changed her mind and became a staunch pro-life advocate in her later years. Weddington, however, remained committed to abortion.

In 2017, she warned that then-President Donald Trump may put Roe v. Wade in jeopardy if he got multiple justices confirmed to the Supreme Court.

Speaking during the confirmation process for Neil Gorsuch, Weddington noted that one justice might not make the difference – but a few might.

"If Gorsuch’s nomination is approved, will abortion be illegal the next day? No," Weddington told The Guardian. "One new judge won’t necessarily make much difference. But two or three might.

Weddington's reported death comes while the Supreme Court is considering a case with the potential to reverse the landmark abortion case. In May, the Court announced it would take up the case Thomas Dobbs v. Jackson Women's Health, focused on the question of "whether all pre-viability prohibitions on elective abortions are unconstitutional."

The Court may overturn part of Roe v. Wade, allowing states to outlaw abortions before the point of viability.

This is a developing story. Check back for updates. Read more of this story on FOX News.