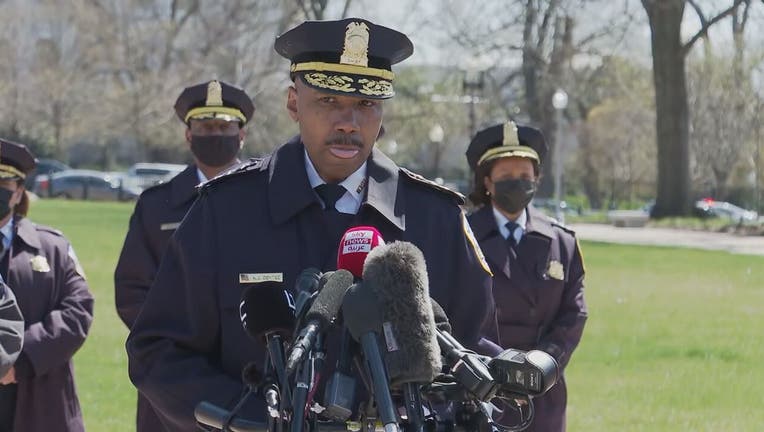 WASHINGTON - Months after assuming the helm of the law enforcement department tasked with protecting the nation’s capital, Robert Contee III has been officially confirmed as chief of police.

"It’s official, Robert J. Contee, III, is confirmed as Chief of Police for the Metropolitan Police Department! With his community-based vision for policing & DC roots, we look forward to Chief Contee’s leadership while we serve and protect our city," the department said via Twitter.

Contee took over the department in the wake of a summer of turbulence following the death of George Floyd.

His first few months as acting chief were marked by a number of hurdles – including inheriting a string of violent incidents involving young people, and, more recently, a cyber attack that compromised officers’ information.

A veteran with over three decades on the force, the mayor's appointee delivered an impassioned speech during his introduction, saying that his upbringing in the District as the son of a drug user and dealer uniquely positions him to deal with the city's problems. Contee also underscored his intent to involve the community in police decisions.

DC's Acting Police Chief was among a number of city officials on Wednesday when he talked about the crisis of youth violence in the city.

The chief has made curbing gun violence among the District’s youth a cornerstone of his mission.

Shortly after an impromptu speech to local media about a teen’s death bringing the scourge back into focus, Mayor Muriel Bowser announced a special office charged with preventing gun violence in the District.