A Robert E. Lee statue that’s been in the U.S. Capitol for more than a century will likely be removed and turned over to a museum in Richmond.

RICHMOND, Va. (FOX 5 DC) - A Robert E. Lee statue that’s been in the U.S. Capitol for more than a century will likely be removed and turned over to a museum in Richmond.

The statue went up in 1909 and is part of the National Statuary Hall Collection, which consists of 100 statues total, two from each state. Right now Virginia has the Lee statue as well as one of George Washington, but probably not for long.

On July 31, Virginia Governor Ralph Northam sent a letter to the Architect of the Capitol requesting that the Lee statue be removed because it “does not tell Virginia’s full and true history and it does not represent the values of the Commonwealth.” 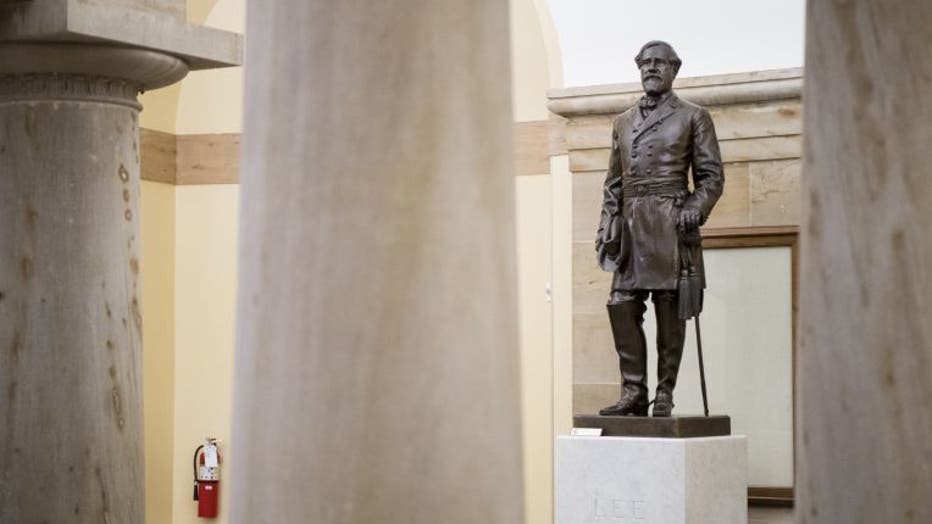 Ultimately, a state commission decided it should go to the Virginia Museum of History & Culture instead, and Tuesday – as previously reported by WTOP – museum president Jamie Bosket sent a letter agreeing.

“The teaching opportunity that is possible through properly interpreting these materials is so valuable,” Bosket said. “I mean, it’s more valuable now than ever before. So we really need to do it right, do it thoughtfully and respectfully, and I think that museums like ours are exactly designed for that purpose.”

The statue removal still needs to be finalized but Bosket said he thinks it’ll happen in a matter of weeks. That doesn’t, however, mean it’ll be on display any time soon. Bosket added that it’ll be in storage – probably for a couple of years – while the museum undergoes an expansion.