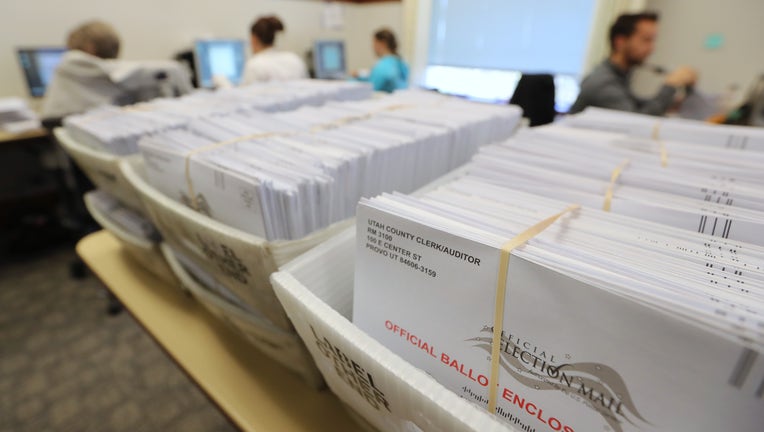 FILE - Thousands of ballots sit in boxes as Utah County election workers process the mail-in ballots for the midterm elections on November 6, 2018 in Provo, Utah. (Photo by George Frey/Getty Images)

FAIRFAX, Va. - According to several media reports about 1400 voters in Virginia got two absentee ballots mailed to them, but elections officials said only one would be counted.

Officials told the Post there are safeguards in place to make sure someone can't vote twice. If a voter tried, a state verification system would reject a second ballot from a person with the same identity.

FOX 5 spoke to a voter in Loudoun County who also says she received two ballots.

My husband just got one and I got two, said Jean Brennan of Leesburg.

Brennan, a Trump supporter, said the mistake has her questioning the process.

"This is what [Trump's] concerned about and I am too and I wanted to bring it to your attention," Brennan said.

Despite the mistake leading to a small number of duplicate ballots, experts remain confident there is no evidence of widespread voter fraud.