LOS ANGELES - A troubling new report says many U.S. beaches, including some right here in Southern California, are unsafe for swimming and potentially dangerous.

The findings were released by the Environment America Research and Policy Center on Tuesday.

According to the report, samples were taken at more than 4,500 beaches nationwide. 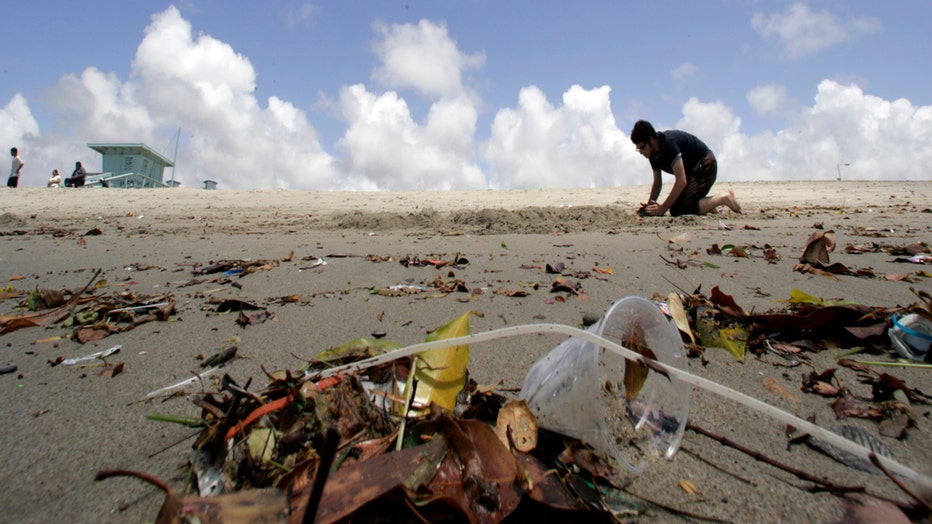 Gil Gentile, 17, on a trip with classmates from Hollywood High School, writes the name of one of his favorite bands, "Sippy Cup" in the sand near the Santa Monica pier. A UCLA study finds high levels of bacteria in the sand at some of Southern Califo ((Photo by Annie Wells/Los Angeles Times via Getty Images))

The most alarming in California that leads the list is Cabrillo Beach in San Pedro. It had the highest percentage of days with a high bacteria count deemed potentially dangerous.

Researchers found that bacteria counts can spike on certain days, and fecal matter from people or animals is the main offender.

Out of 175 samples taken  one section of the beach registered 85 unsafe readings.