Racist writings were spotted in three different bathrooms at Heritage High School. Investigators didn’t go into detail on the nature of the graffiti, and right now, it's unclear what was written. FOX 5's Jacqueline Matter spoke to members of the school community about the issue.

LEESBURG, Va. - Racist graffiti was found in several bathrooms at a high school in Virginia.

The racist writings were spotted in three different bathrooms at Heritage High School.

Investigators didn’t go into detail on the nature of the graffiti, and right now, it's unclear what was written. The Loudoun County School District says it was not anti-Semitic. It was racially motivated hate speech.

Police are also not sharing photos of the graffiti at this time, claiming it is still an active investigation.

Residents FOX 5 spoke to in Loudoun County say this type of language in their community is unacceptable. 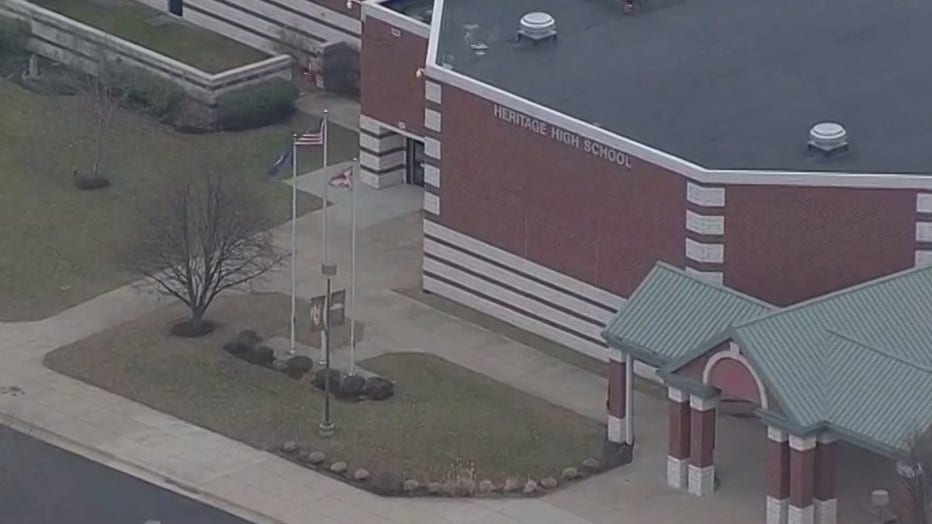 READ MORE: New LCPS School Board member hopeful changes can be made

"It just hurts. When is it going to stop?" said Monica Kelly. "These little kids, we need to have them look up to someone, and they look up to those high schoolers. So, to hear that that’s happening in the older grades – it’s just so disheartening and so sad. Especially now, in the times we’re in."

"Racism doesn’t have a place in our current world right, and we need to find ways to do away with it," Tim Huntzberry added. "The schools have a tough job too because they have the younger impressionable group that is going with whatever their friends are saying, and you know we have to find a way collectively as a people to shut it down."

According to Leesburg police and the school district, all Heritage High School bathrooms and locker rooms were searched in an effort to find and remove all the racist writing.

Today Heritage Administrators were made aware of graffiti in multiple bathrooms on campus that contained racist and hateful speech. We immediately notified the Leesburg Police Department, which is investigating the situation and distributed the below media release.  This hateful language may have been seen by your child. I want all families to be assured that our school counselors and Unified Mental Health Team will be available to support anyone who has been impacted.

We are addressing this issue in accordance with school board policies and the guidelines laid out in the "Student Rights and Responsibilities" document that we all acknowledged at the beginning of the school year. Because this incident involves possible disciplinary consequences for a specific student, we can offer no further details.

We reject and condemn any action, hate speech or racism in Loudoun County Public Schools (LCPS). Instances of hate speech, threats, or bullying of any kind do not reflect the values of LCPS and have no place at Heritage High School.  We ask anyone who discovers graffiti, hate speech, or other disparaging vandalism to notify administrators and follow the "See Something, Say Something" protocols.

It is our top priority to make our school a better and safer place for all students and staff members to learn, work, and feel valued. We take matters involving our students’ safety, both physically and emotionally, seriously. Most importantly, we want every individual in LCPS to feel a strong sense of belonging.