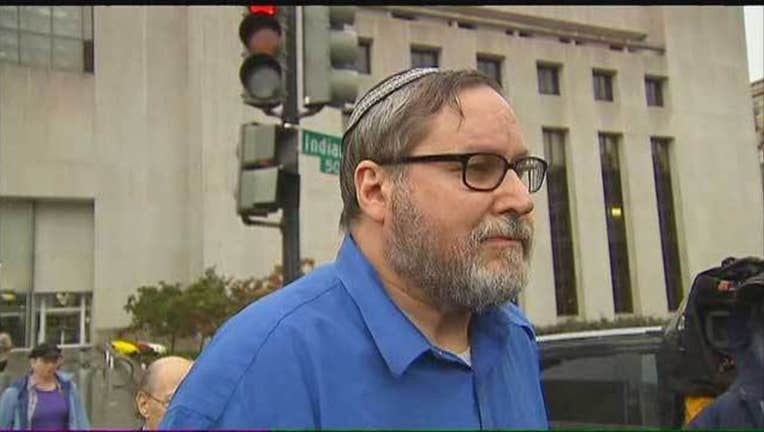 WASHINGTON (AP) — A rabbi accused of secretly videotaping nude women at a Jewish ritual bath recorded more than 150 women, prosecutors said during a meeting with victims, the first specifics they have given on the scope of the man's recording.

When prosecutors charged Barry Freundel with voyeurism late last year, they based the accusations on recordings of six women but indicated more had been filmed. During a meeting with victims Wednesday evening at the U.S. Attorney's Office in Washington, prosecutors discussed the number of victims revealed by an investigation along with the benefits of a plea deal in the case.

The meeting was closed to the press. But three people who attended told The Associated Press what was discussed. Two individuals spoke on condition of anonymity because they were not authorized to publicly discuss the closed-door meeting.

The third person, a victim, is not being identified because The Associated Press does not identify victims of sex crimes.

Freundel's attorney, Jeffrey Harris, did not immediately return a call Thursday requesting comment. William Miller, a spokesman for the U.S. Attorney's Office in the District of Columbia, which is prosecuting the case, declined comment, citing an ongoing investigation.

Freundel, 63, was a rabbi at the Kesher Israel synagogue in Washington for over 25 years and a prominent orthodox rabbi before his October arrest on voyeurism charges. Court documents accuse him of setting up a recording device disguised as a digital clock radio in the changing and showering area of The National Capital Mikvah, a ritual cleansing bath affiliated with Kesher Israel that opened in 2005.

Police arrested Freundel on Oct. 14 after a person associated with the mikvah discovered the hidden camera. Police initially found videos of six women entering and exiting a mikvah shower, and court documents say Freundel appears on film setting up the recording device. A search of his home turned up other media storage devices, and he has since been fired from the synagogue.

During Wednesday's meeting, prosecutors told victims, their spouses and some lawyers representing them that an investigation had determined Freundel had filmed 152 women. Prosecutors said 88 of the women had been filmed within the last three years. They said another 64 were filmed going back to 2009, though a statute of limitations bars prosecutors from charging Freundel with voyeurism based on those recordings.

The next hearing in the case is Feb. 19.