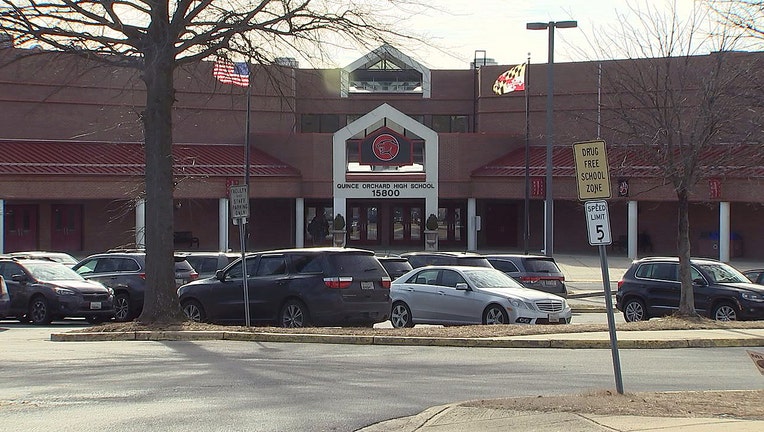 GAITHERSBURG, Md. (FOX 5 DC) - Quince Orchard High School in Montgomery County strengthened its security on Friday after a threat was made on social media, according to officials.

In a letter sent to Quince Orchard students, staff and parents, the school in said a post on social media showed a weapon and a caption telling students not to come to school.

School officials said it’s unclear if the post was specifically directed at Quince Orchard High School, but the Montgomery County Police Department conducted an investigation and deemed the threat to be not credible.

There was an additional police presence and added security on Friday at the school in Gaithersburg as a precaution, according to school officials.