Pumpkin shortage hits the US ahead of Halloween, causing price increases

You could have trouble getting a pumpkin this Halloween season.

WASHINGTON - You could have trouble getting a pumpkin this Halloween season.

The U.S. could be facing a pumpkin shortage because of several issues, including weather conditions, shipping issues and a fungus in some areas, according to recent reports.

Pumpkin prices also appear to be increasing compared to last year, according to data from the U.S. Department of Agriculture (USDA).

In fact, during the second week of September, a jack-o’-lantern pumpkin (called a Howden pumpkin) cost $5.17, which was up 7% from the same time last year, when the same type of pumpkin cost $4.83, the USDA reported.

According to the USDA, Illinois harvests the most pumpkins in the U.S., though pumpkins are grown all across the U.S.

Last year, the top six pumpkin-producing states -- Illinois, California, Indiana, Michigan, Texas and Virginia -- harvested more than 1 billion pumpkins combined, the USDA reported. However, pumpkins are grown across the U.S. and not just in those six states.

Of those top-producing states, Illinois harvests the largest share of pumpkins, though most of its crop (about 80%) goes to "pie filling or other processing uses," according to the USDA. 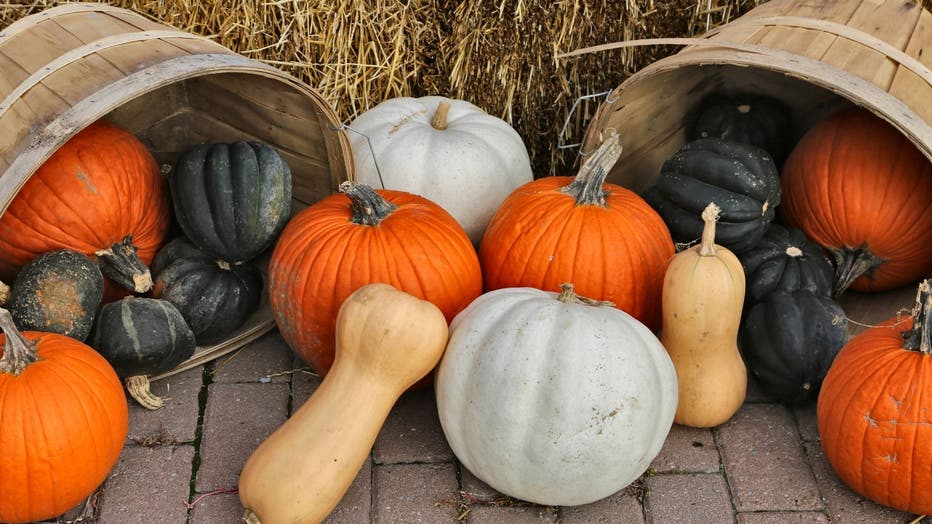 However, the Illinois pumpkin crop may not be as plentiful as it has been in the past because of a fungus, according to local station KSDK.

University of Illinois Crop Science Dr. Mohammad Babadoost told the station:  "We have to be very careful and work very hard to make sure this disease doesn’t grow out of control."

Despite the issues with the fungus, Illinois Specialty Growers Association Executive Director Raghela Scavuzzo told KSDK that there will still be plenty of jack-o’-lantern pumpkins.

"When you’re ready for Thanksgiving and you’re looking for that canned pumpkin, or if you’re trying to buy it right now, you might not find the canned pumpkin on the shelves," Scavuzzo told the station.

Meanwhile, California pumpkin growers are seeing their crop struggle because of the drought and, in some places, problems with migratory birds and a virus, according to WKRN.

Though many pumpkin growers across the country are having trouble, others aren’t seeing any issues at all, according to reports.

WETM and WKRN reported that in Elmira, New York, and Middle Tennessee, respectively, the pumpkin crop has been bountiful.

According to the National Retail Federation, 44% of Americans are planning to carve a pumpkin as part of their Halloween celebrations.

Americans are also expected to spend $3.2 billion on decorations for the holiday.