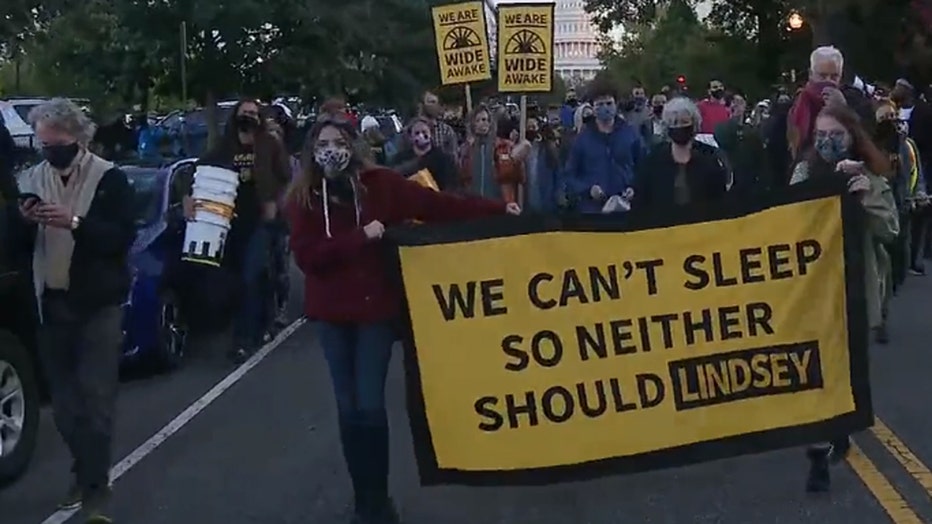 American University's Dr. Allan Lichtman, who has correctly predicted the winner of every presidential election since 1984, joined FOX 5 to discuss the death of Supreme Court Justice Ruth Bader Ginsburg.

Republican efforts to fill Ginsburg's seat are likely to move swiftly this week with President Trump possibly nominating a replacement within days.

It is up to the Senate Judiciary Committee to vet the nominee and hold confirmation hearings. Once the committee approves the nomination, it goes to the Senate floor for a final vote. This process passes through several time-consuming steps, including meetings with individual senators.

Graham, the committee chairman, could begin working on the nomination immediately after it is announced and even hold confirmation hearings in October, regardless of when the final vote happens.

Democratic members of the committee have already sent a letter to the chairman calling on him to “state unequivocally and publicly that you will not consider any nominee to fill Justice Ginsburg’s seat until after the next President is inaugurated.”