WASHINGTON - As President Donald Trump vows continued legal challenges to the election and refuses to concede, there are impacts on the transfer of power to President-elect Joe Biden.

Chris Lu was front and center as the White House turned from Republican to Democrat in 2008. As transition director for President Barack Obama, he says President George W. Bush made sure the transfer was as smooth possible.

As President Donald Trump vows continued legal challenges to the election and refuses to concede, there are impacts on the transfer of power to President-elect Joe Biden.

"I started working with the outgoing Bush administration in the summer of 2008," Lu said. "I could not have asked for a better partner and I'm still very grateful to them."

He said it's possible to move forward with the transition without support from President Trump. Biden's transition website outlines his plans. Biden will announce his COVID-19 task force on Monday, and his team already has office space in the Commerce Department building.

But there's a key element missing. The General Services Administration must rule that the election results are final for the transition team to expand its work. That hasn't happened yet.

"I got a letter from GSA within about two hours," said Lu.

Lu said it's unfortunate the process has stalled. 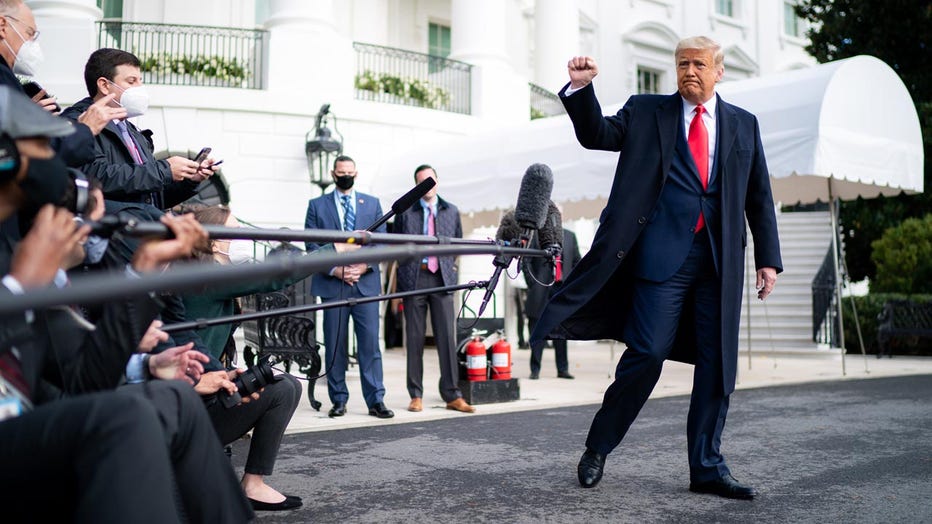 President Donald J. Trump gives a fist bump to the press Friday, Oct. 30, 2020, prior to boarding Marine One en route to Joint Base Andrews, Md. to begin his trip to Michigan, Wisconsin and Minnesota. (Official White House Photo by Tia Dufour)

In a statement, GSA tells FOX 5 it "ascertains the apparent successful candidate once a winner is clear based on the process laid out in the Constitution."

Pressure on the agency is growing. Former

Republican White House officials with the Center for Presidential Transition are joining calls to GSA and the Trump administration to immediately start the transition process.

President Trump continued to tweet about a "mail-in ballot hoax" and stolen election on Sunday. Meanwhile, his administration has not produced any evidence of widespread voter fraud.

It's not necessary for the president to concede for the transfer of power to move forward.