The winner, who must match numbers on five white balls (1-69) and the red Powerball (1-26), also has the option to claim a one-time lump sum payment of an estimated $745.9 million before taxes.

Lottery officials said the current jackpot ranks as the 2nd largest in Powerball history, only behind the world record $1.586 billion Powerball jackpot, and 3rd largest in U.S. lottery history.

RELATED: What are the 10 largest lottery jackpots ever won in the US? 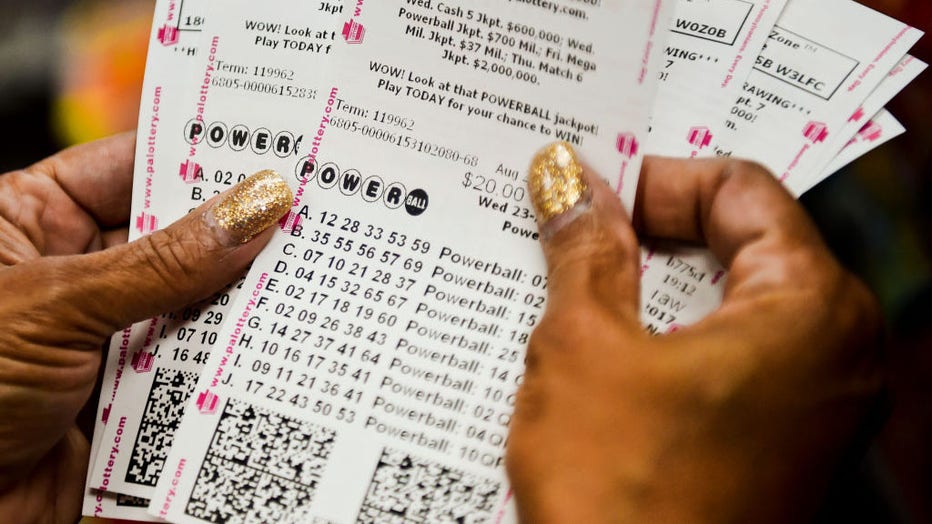 How to play the Powerball Jackpot

Powerball drawings are held on Monday, Wednesday, and Saturday in 45 states, Washington D.C., the U.S. Virgin Islands, and Puerto Rico. The drawings are broadcast live from the Florida Lottery draw studio in Tallahassee, and also live-streamed on Powerball.com.

The grand prize was previously won on Aug. 3 in Pennsylvania, resulting in a $206.9 million jackpot. Since then, there have been 39 consecutive drawings without a grand prize winner, lottery officials said.

Powerball currently holds the world record for the largest jackpot ever: a whopping $1.586 billion prize in 2016 that was shared by winners in California, Florida, and Tennessee.

Odds of winning the Powerball Jackpot