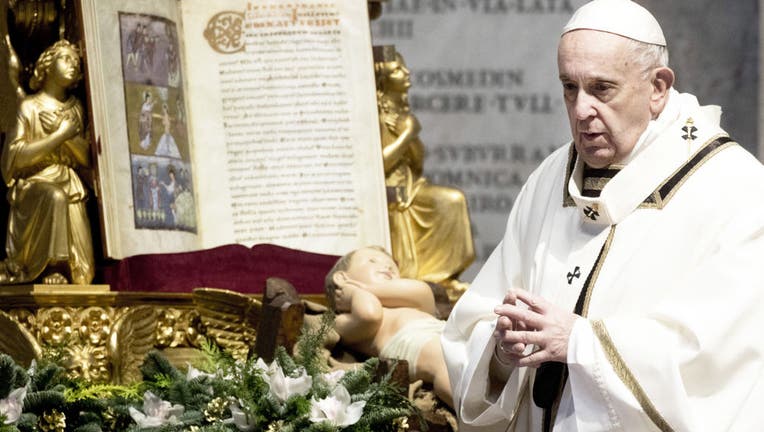 Pope Francis celebrates Holy Mass on the occasion of the Solemnity of the Epiphany of the Lord at the Altar of the Fatherland of St. Peter's Basilica. Vatican City (Vatican), January 6th, 2021 (Photo by Grzegorz Galazka/Archivio Grzegorz Galazka/Mond

ROME - Pope Francis has changed church law to explicitly allow women to do more things during Mass, while reaffirming they cannot be priests.

Francis amended the law to formalize what is common practice in many parts of the world: that women can read the Gospel and serve on the altar as eucharistic ministers. Previously, such roles were officially reserved to men even though exceptions were made.

Francis said he was making the change to increase recognition of the "precious contribution" women make in the church, while emphasizing that all baptized Catholics have a role to play in the church’s mission.

The change comes as Francis remains under pressure to allow women to be deacons — ordained ministers who perform many of the same functions as priests, such as presiding at weddings, baptisms and funerals. Currently, the ministry is reserved for men.

Pope Francis welcomed doctors and nurses from the Italian region of Lombardy to the Vatican on June 20. The area was among the hardest hit by the virus.

Francis has created a second study commission of experts to study whether women could be deacons, after a first one failed to reach a consensus.

Advocates for expanding the diaconate to include women say doing so would give women greater say in the ministry and governance of the church, while also helping address priest shortages in several parts of the world.

Opponents say allowing it would become a slippery slope toward ordaining women to the priesthood.