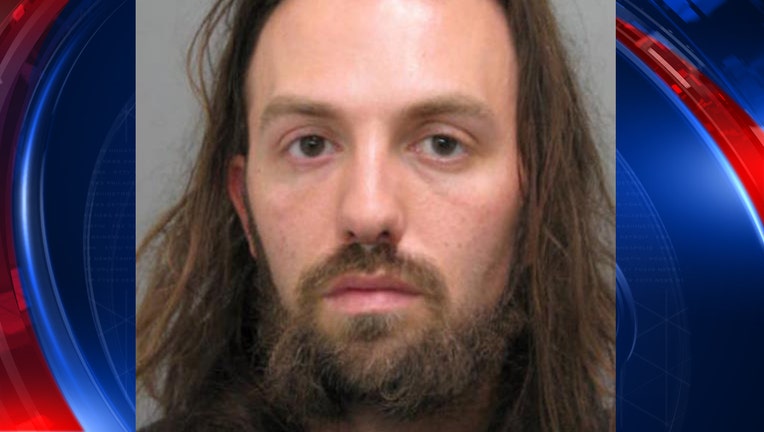 WOODBRIDGE, Va. - Police say a female bicyclist who was killed during a hit-and-run accident was a suspect in a strong-armed robbery that happened less than an hour earlier.

Prince William County Police say they responded to a call for a robbery around 12:30 a.m. Tuesday in Woodbridge. When they arrived, a female victim told them that she met a male acquaintance and his girlfriend at the location when an argument broke out between the three. The argument allegedly turned physical and the victim claimed the man restrained her while his girlfriend took her phone. Both of the suspects, the victim said, fled on bicycles.

While police were investigating the robbery, a call was received for a hit-and-run less than two miles away. When police arrived to investigate, they found that the man who was allegedly involved in the earlier robbery was on the scene. He was identified as 35-year-old Ronald Raymone Souers and was arrested without incident. A female, who was struck by the hit-and-run vehicle, was determined to be the suspect who allegedly stole the phone in the earlier robbery. The woman, identified as 36-year-old Nicole Marcella Lemar, was taken to a nearby hospital where she was pronounced dead.

Police believe Lemar was riding her bicycle on Dale Boulevard when she was struck by a vehicle. The vehicle fled the scene. The vehicle was described as an early 2000's mini-van, possibly a Dodge Caravan, with front driver's side fender damage. Anyone with information relating to the crash is asked to call Crime Solvers at 703-670-3700 or 1-866-411-TIPS.

Souers faces robbery charges and has a court date scheduled for July 20.