PRINCE WILLIAM COUNTY, Va. - Officials confiscated thousands of pills suspected to be laced with Fentanyl in Prince William County, according to police. 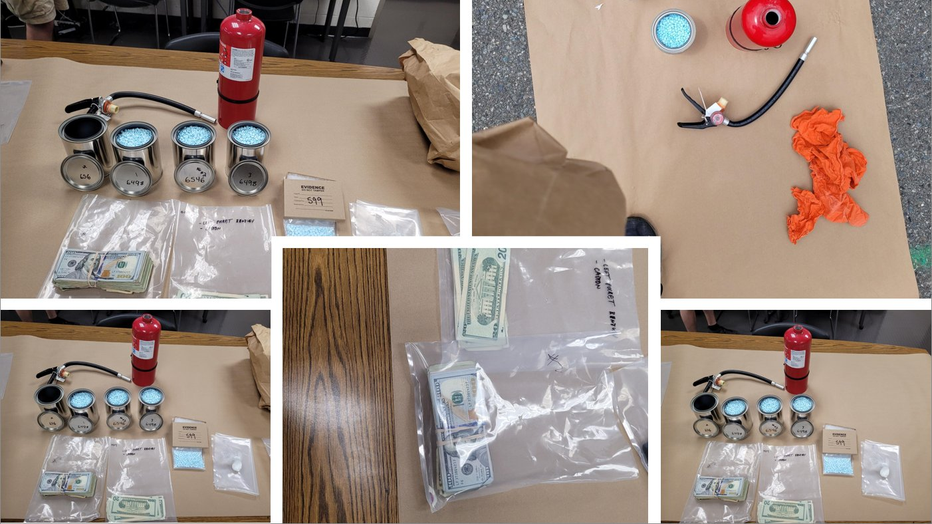 Police said the pills were found inside a fire extinguisher located inside the truck of a car. Police did not release any details about the suspect the car belonged to.

RELATED: Drug overdose deaths up again in Virginia in 2021, fentanyl the leading cause

The Tweet stated that the drugs were confiscated as "part of law enforcement's ongoing effort to combat the opioid epidemic in the country."

The announcement comes after police issued a warning to the Prince William County community in April to watch out for counterfeit narcotics laced with Fentanyl.

The department says the warning came following the deaths of two teenagers, a 14-year-old and a 15-year-old, from drug overdoses in a 48-hour period. Police said counterfeit drugs were used in both deaths. The drugs in both incidents were later tested and confirmed as being laced with Fentanyl.

EXCLUSIVE: New drug found in DC is as strong as fentanyl, DEA says

FOX 5's Sierra Fox reports that the DEA is warning D.C. area residents about a potentially deadly new drug that is just as strong as fentanyl.

The Police Department warns that Fentanyl can be extremely fatal, even in the smallest doses. They say the best way to save someone suspected of having a Fentanyl overdose is to call 9-1-1 immediately and administer Narcan, if available.

You can visit this website to find out where you can get Narcan.