Animal Control officials are investigating after an emaciated dog was dropped off at the Prince William County Animal Services Center on Thursday.

MANASSAS, Va. - Police are looking for a suspect in Manassas accused of animal cruelty.

Animal Services officials say the investigation into the possible case of animal cruelty started after a man was spotted in surveillance tapes leaving a dog at the Prince William County Animal Services Center located at 14807 Bristow Road in Manassas. 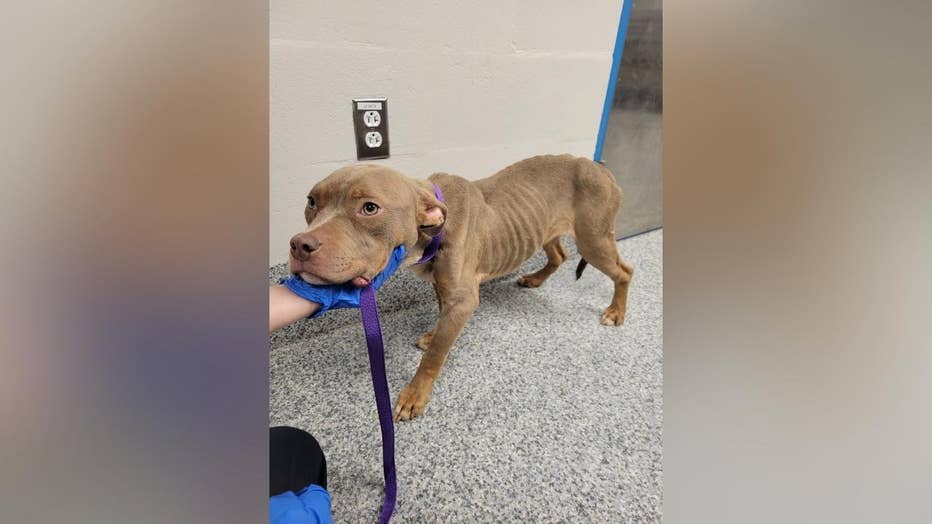 Video surveillance revealed at approximately 12:34 a.m. Thursday morning, a man got out a lightcolored SUV in front of the center entrance and tied the dog up to the front door handle of the building before leaving.

At some point during the morning, the dog was able to loosen the leash and began wandering the front of the building. Construction workers eventually located the dog.

Animal Services officials said the dog was found to be emaciated and in poor health when she was brought to the center. She is currently receiving treatment.

Animal control officers are asking anyone with information about the man involved or the dog to call (703) 792-6465.