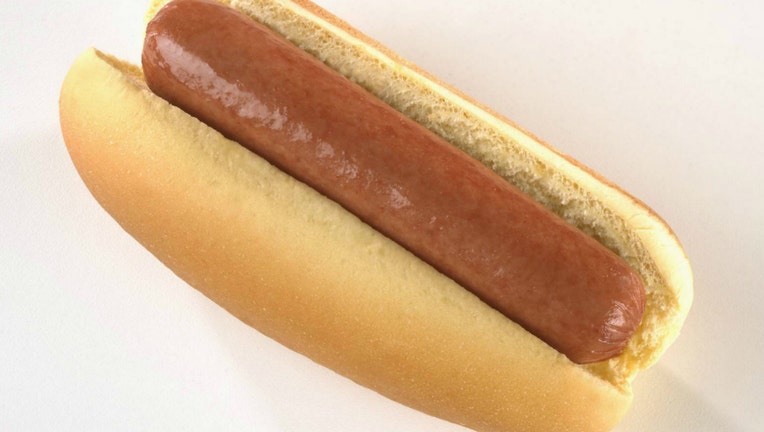 SUN-TIMES MEDIA WIRE - A 19-year-old man who shot himself in the penis after allegedly holding up a South Side hot dog stand Tuesday won't be going home when he's released from the hospital.

Terrion Pouncy remained at Christ Hospital recovering from his injuries on Thursday, missing a bond hearing at the Leighton Criminal Courthouse on two counts of armed robbery, the Chicago Sun-Times is reporting.

Pouncy was arrested at the Oak Lawn hospital not long after he was found slumped on the steps of a home across the street from a West Pullman restaurant that Chicago Police say he robbed at gunpoint about 6 a.m. on Halloween.

Pouncy was unable to run further because of the pain of a self-inflicted gunshot wound suffered when tried to adjust the .38-caliber pistol in his waistband as he ran off after robbing Maxwell Street Express at 116th and Halsted, Assistant Cook County State's Attorney Erin Antonietti said in court.

Pouncy had pulled out the gun and demanded cash from two employees, pressing the gun to the head of a 39-year-old worker, Antonietti said.

The victim, who had been passing a bucket filled with grease over the counter, called for his co-worker to hand over the cash from the register. As they passed their wallets and a stack of singles to Pouncy, the bucket tipped and bills went flying, Antonietti said.

One of the restaurant employees, 39, then began wrestling with Pouncy as he tried to run away, before he staggered out into the street.

Surveillance cameras captured video and audio of the robbery, and showed Pouncy struggling to make it across the the street, stop on a bench, and make his way to the steps of a nearby house before collapsing, Antonietti said.

Police recovered the wallets Pouncy had allegedly stolen from the two men, as well as the .38 caliber pistol.

Pouncy's blood-stained boxers matched the underwear he had on in the surveillance video, which clearly showed the pattern on the fabric when the teen bent over to collect the money that had fallen to the floor, Antonietti said.