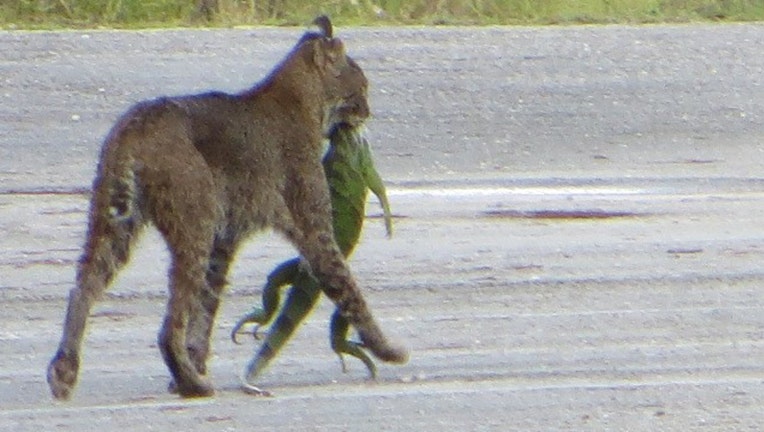 Vincent Sinagria was on the tour through the Arthur R. Marshall Loxahatchee National Wildlife Refuge when he spotted a bobcat carrying a full-grown iguana in its mouth.

He snapped the photo which was posted on the refuge's Facebook page with the caption: "Thank you to Vincent Sinagria for sharing this photo taken of a bobcat with its prey - a non-native green iguana, taken on this morning's Tram Tour."

The refuge also pointed out in the post that green iguanas are not native to south Florida, so the bobcat preying on a non-native species is actually a good thing.

Iguanas are actually native to Central and South America, and are invasive to Florida.