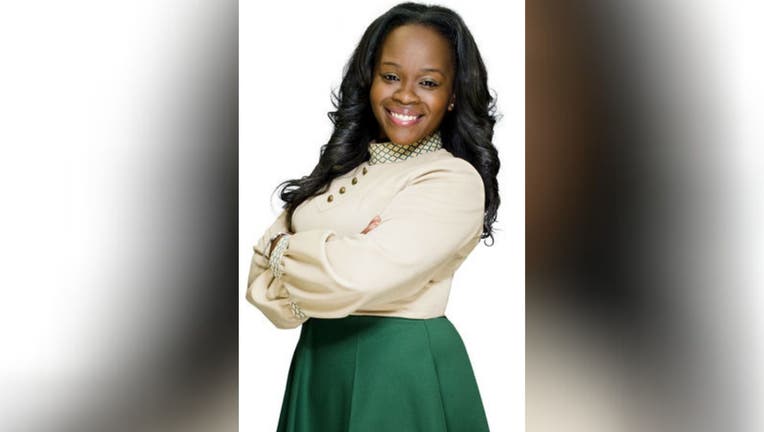 Nijinsky Dix, 37, a student at the University of Illinois Chicago, has been charged with second-degree murder in the slaying Saturday of 44-year-old Terry Hickman, whom she dated for three months, the South Bend Tribune reported.

Shortly before 5:30 p.m., police responded to reports of gunfire at the apartment complex in the nation’s capital.

They found Dix kneeling beside the bullet-riddled body of Hickman, who was pronounced dead at the scene, the outlet reported.

Police said Dix was holding in her left hand a gun, which officers ordered her to put down.

She was also on speakerphone with someone, who identified themselves to authorities as her mother, the Tribune reported.

Her mother told officers that Dix called her and said, “He pushed me, and I shot him.”

Dix was taken to the hospital, where she complained of memory loss and back pain but showed no signs of being assaulted, NBC Chicago reported.

When questioned about the incident, Dix cited her memory problems and asked them for information that could help jog her recollection, the outlet reported.

They showed her a photo of Hickman, which prompted Dix to cry and repeatedly shout, “Get it away from me,” the report said.

Hickman’s family told authorities that he and Dix had dated for three months before the pair broke up in May, the outlet reported. They claimed that Dix had started “stalking” her former flame after the split.

It’s unclear how or why Dix ended up in Washington, DC.

She has been pursuing a doctorate in criminology, law and justice in Chicago, while also working as an employee at the University of Notre Dame in South Bend, Indiana, where she’s the director of a talent search program, according to the colleges.

Notre Dame said they’re “aware of her arrest and will cooperate with law enforcement as appropriate,” the outlets reported.