Police investigate threats made against LGBTQ-friendly restaurant in DC

The manager of an LGBTQ-friendly restaurant says they will not close as police investigate a barrage of threats and insulting phone calls made to the Taqueria del Barrio Mexican restaurant in Northwest D.C.’s Petworth neighborhood.

WASHINGTON (FOX 5 DC) - The manager of an LGBTQ-friendly restaurant says they will not close as police investigate a barrage of threats and insulting phone calls made to the Taqueria del Barrio Mexican restaurant in Northwest D.C.’s Petworth neighborhood.

The restaurant’s General Manager, Miguel Barajas, tells FOX 5 it started last Thursday with a few phone calls from what they thought were “pranksters.” Then it escalated to some 30 or more calls from seven to eight different phone numbers. A D.C. police report filed on Tuesday, December 12 described those callers as using “aggressive homophobic” language.

“I think at one point, they threatened to burn the building down so that’s when we involved the police,” said Barajas. 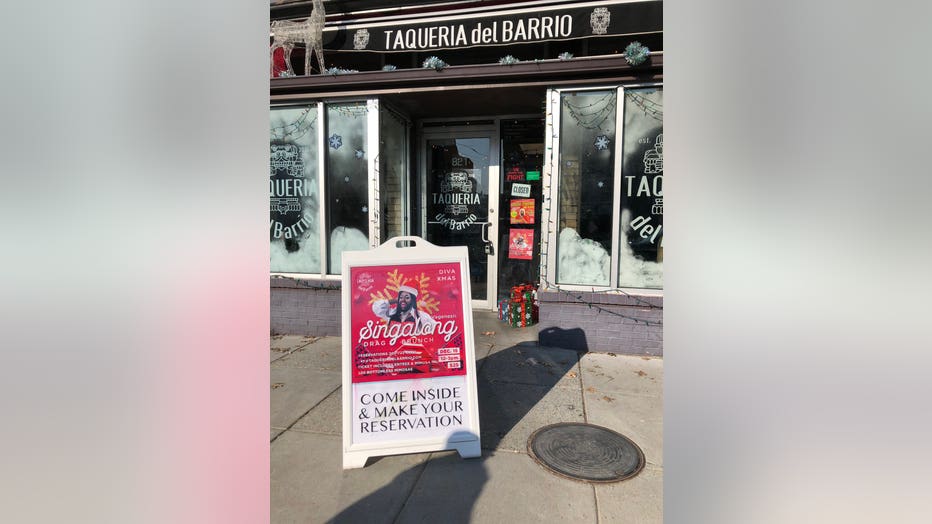 FOX 5 has featured Taqueria del Barrio, known for its authentic Mexican cuisine, on “Cooking with Como” and “Zip Trip” segments. The restaurant also hosts a popular Drag Brunch and Drag Trivia Night, which staffers believe were the targets of these threats. We’re told D.C. police stayed outside of the business until close on Tuesday.

Barajas says the taqueria has been open for about three years and has been hosting the Drag Brunch and Drag Trivia Night for about a year – with no issues until recently.

On the “Nextdoor” neighborhood app, those who support the business appeared to be planning a rally for Friday afternoon at the restaurant to show solidarity.

During this ordeal, Barajas says the owner’s daughter had called one of the numbers back. They had a North Carolina area code. No one answered but FOX 5 was told an automated message for the Ku Klux Klan played and that owner’s daughter recorded it on her cell phone.

“Check out the Loyal White Knights on Netflix by punching KKK in your search engine,” some of the recording said.

Police would only say they are investigating. Detectives were seen at the restaurant late Thursday afternoon.