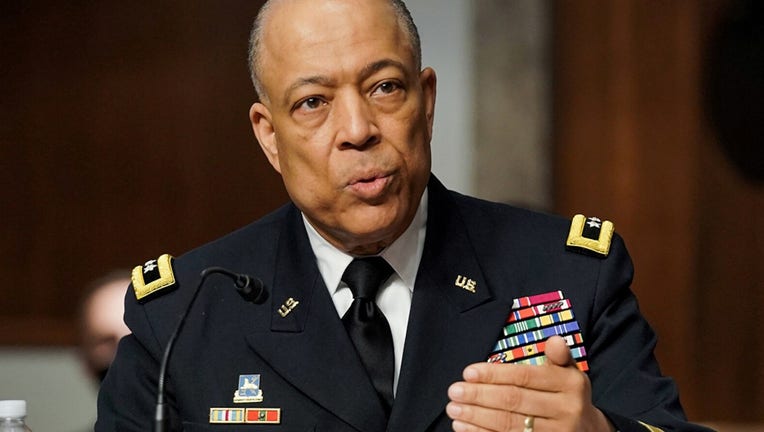 House Speaker Nancy Pelosi hired Maj. Gen. William Walker, the commanding general of the D.C. National Guard, to become the House's first Black sergeant-at-arms who will be in charge of securing members of Congress and maintaining order at the Capitol.

Walker was leading the D.C. National Guard at the time of the riot and testified on March 3 before lawmakers about how Guard troops were waiting on buses to be deployed to the Capitol to assist the officers who were under siege, but they had to wait three hours to get approval from the Pentagon.

Walker said the then-Capitol Police Police Steven Sund contacted him at 1:49 p.m. with "his voice cracking with emotion" that there was a dire emergency at the Capitol and they needed the immediate assistance of the National Guard. Walker testified it wasn't 4:32 p.m. that the Defense Department signed off on the request.

"I think there needs to be a study done to make sure that never happens again," Walker told lawmakers during his testimony. "It shouldn't take three hours to respond to an urgent request."

Pelosi, D-Calif., said Walker's 39 years of military service and work as a special agent for U.S. Drug Enforcement Administration (DEA) will be important assets to the House in the wake of the Jan. 6 riot as officials continue to examine ways to strengthen the security of the Capitol.

"His historic appointment as the first Black American to serve as Sergeant-at-Arms is an important step forward for this institution and our nation," Pelosi said.

"I am confident he possesses the experience, skill set, and vision needed to run the expansive responsibilities of the Office of the Sergeant at Arms," McCarthy said in a statement Friday. ""Maj. Gen. Walker epitomizes the term public servant."

Walker's job focuses on the House side of the Capitol. The Senate has its own Sergeant at Arms.

The Jan. 6 riot remains a source of divisions and distrust around the Capitol as GOP lawmakers have been pushing for relief from the expanded security measures and military presence at the Capitol, while Democrats want to set up a 9/11-style commission to investigate the cause of the attack.

In the meantime, House Democrats who lead key committees are expanding their investigation by requesting a trove of documents from 16 different government entities seeking information about the Jan. 6 attack.

The requests are going to several executive branch agencies, including the Department of Justice, FBI, Department of Homeland Security and the White House. They are seeking communications with the White House, threat assessments offers for security assistance and more.