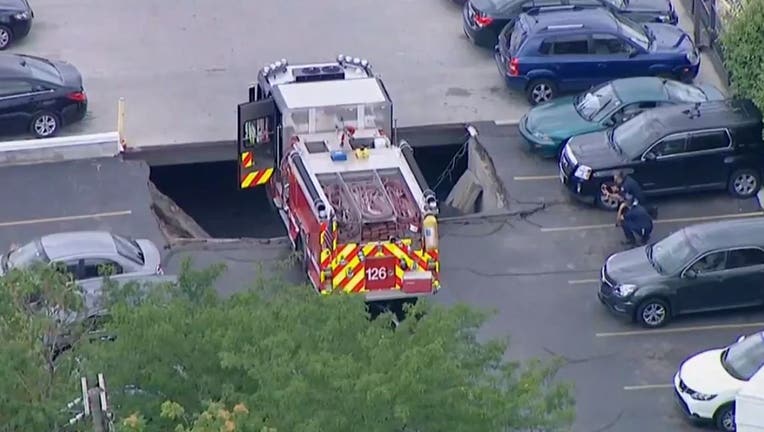 CHICAGO (SUN TIMES MEDIA WIRE) - Part of a parking garage collapsed under a fire engine Tuesday in South Shore on the South Side.

The engine was parked on the second story of the garage about 10:40 a.m. when part of the parking deck collapsed underneath it in the 2400 block of East South Shore Avenue, according to Chicago Fire Department spokesman Larry Langford and Chicago police.

The engine’s bumper caught on a section of the deck that had not collapsed and prevented the truck from falling, Langford said.

No cars on the lower level appeared to be damaged and no injuries have been reported, authorities said.

Langford said the engine was at the garage to assist an ambulance with a medical call. He said engines have parked in that area of the garage in the past.

The garage is adjacent to the Symphony of South Shore rehabilitation center at 2425 E. South Shore Drive and near the University of Chicago Medicine Outpatient Senior Health Center at 7101 S. Exchange Ave.

The water in the engine’s tanks is being drained to reduce its weight and make removal easier, Langford said. Crews at the scene are waiting for the Chicago Department of Fleet and Facility Management to assist with the removal of the engine.