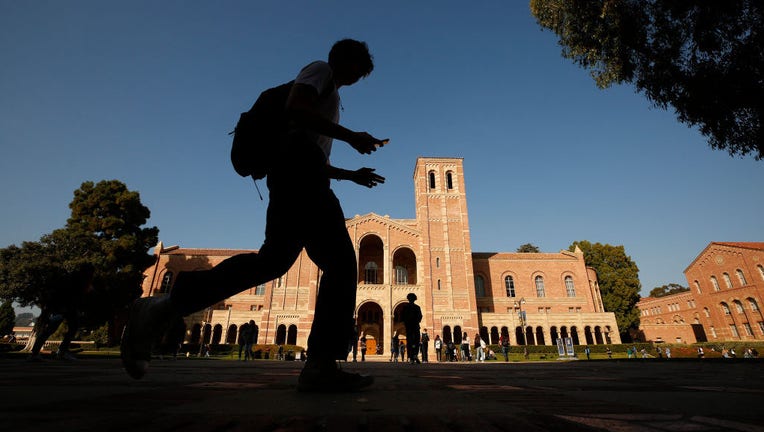 FILE IMAGE - An individual walks on the campus of the University of California, Los Angeles (UCLA) on Nov. 17, 2021, in Los Angeles, CA. (Al Seib / Los Angeles Times via Getty Images).

Despite the widely accepted belief that personality traits are relatively stable in stressful events, a new study suggests that the COVID-19 pandemic may have caused a notable shift in the U.S. — particularly for young adults.

The study, published on Sept. 28 in the open-access journal PLOS ONE, found that adults younger than 30 showed "disrupted maturity" in the form of increased neuroticism and less agreeableness and conscientiousness between pre-pandemic and 2022.

Middle-aged adults between 30 and 64 also showed some slight changes, and the oldest group of adults showed no statistically significant changes, the researchers said.

Previous studies have supported the long-standing hypothesis that environmental pressures have relatively little effect on personality. However, the pandemic affected people worldwide and disrupted many aspects of everyday life, and researchers sought to explore how it may have impacted personality traits.

Dr. Angelina Sutin of Florida State University’s College of Medicine and a team of colleagues analyzed data from the Understanding America Study (UAS), an online survey of over 7,000 American adults that launched in 2014. The UAS study seeks to better understand people’s daily lives and opinions using cognitive tests and other surveys on personality, financial literacy, subjective well-being, and more.

For the new research post-pandemic, Sutin and the team focused on the "Five-Factor Model" of personality traits — a widely accepted personality theory held currently by psychologists that states how personality can be boiled down to five core factors: extraversion, neuroticism, conscientiousness, agreeableness, and openness to experience.

These traits are influenced by both genes and the environment, according to the educational site Simply Psychology. They remain relatively stable throughout most of one’s lifetime with some slight changes from childhood to adulthood.

Previous research has found that people become more agreeable, more conscientious, and less anxious as they mature, while being less open with age.

"It's a very gradual change over time," Sutin told Insider. "Somebody is not going to go from a raging extrovert to an introvert over a short period of time."

But the global pandemic seemed to prompt a more accelerated change, resulting in a shift equivalent to about a decade of standard personality change in just a couple of years, the study authors said. This was particularly true for younger adults.

Dr. Chris Segrin of the University of Arizona talks with FOX Television Stations about how the COVID-19 pandemic altered human behavior.

The study authors found relatively few changes across the population between the pre-pandemic years and 2020 assessments. They observed a small decline in neuroticism, which is typically defined as a tendency toward anxiety, depression, self-consciousness, and other negative emotions.

Data from 2021 to 2022 also showed small declines in extraversion, openness, agreeableness, and conscientiousness.

But when looking by age group, the study found that younger adults showed a notable increase in neuroticism later in the pandemic.

"There was limited personality change early in the pandemic but striking changes starting in 2021. Of most note, the personality of young adults changed the most, with marked increases in neuroticism and declines in agreeableness and conscientiousness," the study authors said in a statement.

"That is, younger adults became moodier and more prone to stress, less cooperative and trusting, and less restrained and responsible," they added.

They warned about the implications of "disrupted maturity" in young people during the pandemic.

"Current evidence suggests the slight decrease in neuroticism early in the pandemic was short-lived and detrimental changes in the other traits emerged over time," the study authors concluded. "If these changes are enduring, this evidence suggests population-wide stressful events can slightly bend the trajectory of personality, especially in younger adults."