After analyzing data from 230,000 individuals, researchers determined that an optimistic mindset is associated with lower risk of cardiovascular events, such as fatal cardiovascular mortality, nonfatal myocardial infarction and stroke.

NEW YORK - Optimism is effective medicine, according to a meta-analysis of 15 studies which found that people who maintain an optimistic outlook in life are much less likely to die from cardiovascular issues than people who are pessimistic.

This suggests that the promotion of optimism and reduction of pessimism could be important for preventative health.

Many studies have shown positive associations between optimism and life outcomes and some physical health outcomes, and researchers at Mount Sinai in New York wondered if similar associations could be true specifically for cardiac health outcomes as well. Their research was published Friday in the journal JAMA.

"Empirical studies have long indicated that more optimistic individuals are more likely to succeed at work and in school, sports, politics, relationships, and other forms of life endeavors," the study’s authors wrote. "Nevertheless, the assessment of optimism and pessimism in cardiac medical practice is uncommon."

Because mindsets are potentially modifiable, they are a “novel relevant target for clinical intervention,” meaning that there exists great potential for medical professionals to help patients train their thought patterns through processes like cognitive behavioral therapy as a form of clinical treatment.

“The cardiovascular and psychological benefits of optimism make it an attractive new arena for study within the field of behavioral cardiology,” say the study’s authors. 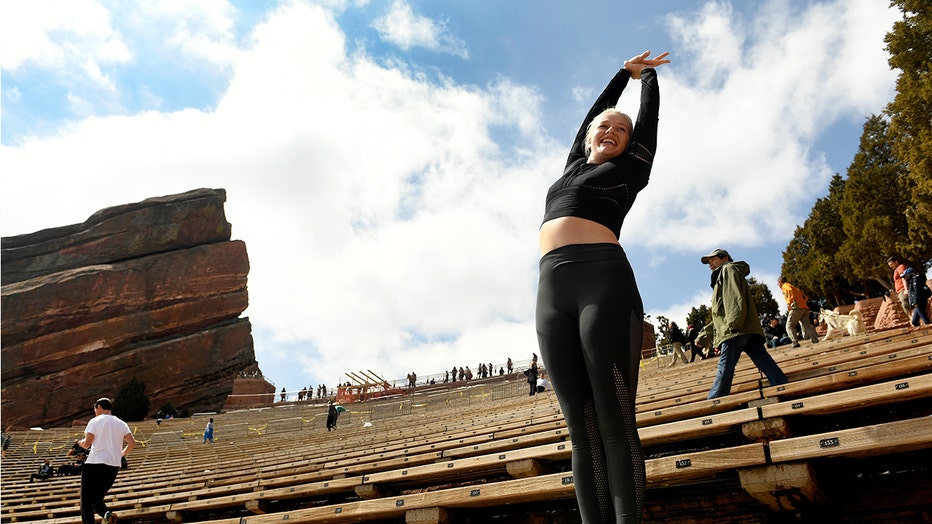 A smiling young woman stretches after her running work out at Red Rocks Amphitheatre in Colorado. A meta-analysis of 15 studies found that optimism is good for heart health. (Helen H. Richardson/MediaNews Group/The Denver Post/Getty Images)

The meta-analysis compiled data from 15 studies, all published between November 2001 and January 2017, which included a total of approximately 230,000 individuals. Eight of the studies were conducted in the U.S., five in Europe and one in Australia. Individuals included in these studies ranged in age from 19 to 93 years old.

Compared to pessimists, optimists were found to have about a 35 percent lower risk of experiencing major heart complications, such as cardiac death or stroke.

The results of this analysis, however, taken in conjunction with findings from past studies on optimism, highlight the power of positivity — not only can positive thinking protect your heart, it has also been directly associated with better diet quality, better exercise habits, a stronger immune system and better lung function, to name a few.