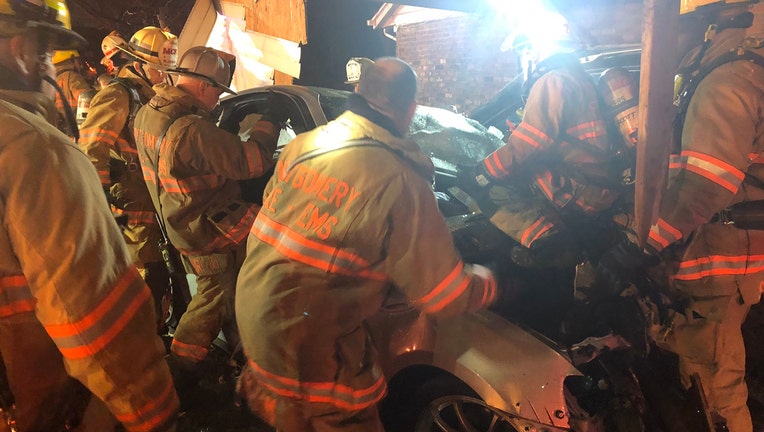 A man is dead after a T-bone crash early Sunday in Germantown.

GERMANTOWN, Md. - A man is dead after a T-bone crash early Sunday sent a car screaming into a Germantown home's carport.

Police say it happened at 1:31 a.m. on Frederick Road at Plummer Drive.

The Toyota then careened off the road and hit a 2015 Nissan Rogue that was parked in the driveway of a residence in the 19900 block of Plummer Drive. A fire then started in the home's carport.

Officers says they were able to rescue the driver and the three passengers from the Toyota. Firefighters extinguished the fire.

The driver (and sole occupant) of the Volkswagen, 51-year-old Resham Lal of Saint Johnsbury Lane in Germantown, died at the scene.

Officials are investigating. Anyone with information is asked to call police at (240) 773-6620.