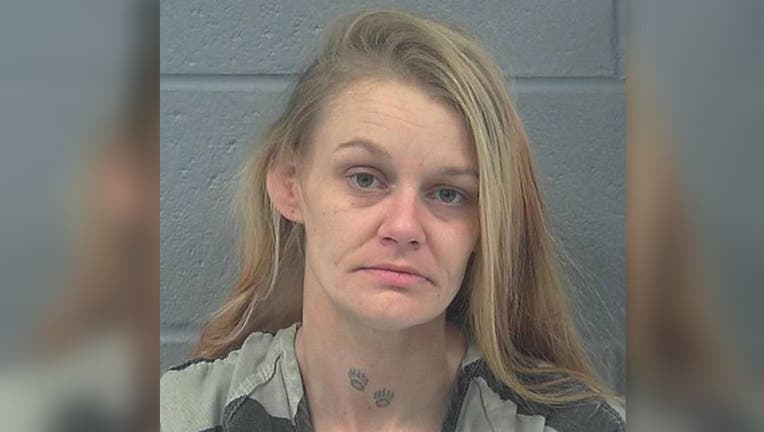 FOYIL, Okla. - A woman in Oklahoma was arrested on Friday after she ran over her 11-year-old son and then drove off with her toddler while high on drugs, according to police.

The Rogers County Sheriff's Office said Ashley Blizzard, 31, was trying to leave her home near the town of Foyil when her husband and 11-year-old son attempted to stop her because she appeared to be under the influence.

As the 31-year-old was getting into her vehicle with her 2-year-old, her older son tried to stop her by opening the driver's door and grabbing the steering wheel according to police.

Blizzard still drove off, striking the 11-year-old with the driver's side door, according to an arrest report obtained by FOX23.

The impact caused the 11-year-old boy to fall to the ground and his hands were then run over by the vehicle.

The child went to go tell his father that his mom “ran over his hands,” according to an arrest report obtained by FOX23.

When deputies located Blizzard, they found the 31-year-old inside her vehicle with her two-year-old in the front seat with no type of restraint on.

The toddler was also standing on what appeared to be a broken meth pipe, according to the arrest report obtained by FOX23.

Blizzard was arrested and taken to the Rogers County jail.

Jail records show the 31-year-old is facing several charges including, child endangerment, child abuse, driving under the influence, and possession of drug paraphernalia.