If you’re headed out to Ocean City, the mayor told FOX 5's Stephanie Ramirez Tuesday you will see increased patrols ahead of this weekend.

In a video posted on Monday, Ocean City Police Chief Ross Buzzuro said June has presented the town with a “perfect storm of challenges,” leading to an apparent outburst of violent and unruly behavior.

“You will be seeing more officers on patrol on the boardwalk and throughout the town,” Buzzuro said. “The kind of behavior we have seen recently will not be tolerated and arrests will be made.”

Ocean City to scale up police presence on boardwalk amid violence, ‘unruly behavior’

There have been a number of recent violent altercations on the boardwalk, including at least two stabbings and several major brawls, as reported by a local news outlet.

One video captures what appears to show a group beating a man on the ground with a large metal pole.

A local restaurant owner has even decided to temporarily close his business due to recent behavior and events in the area, according to CBS Baltimore. 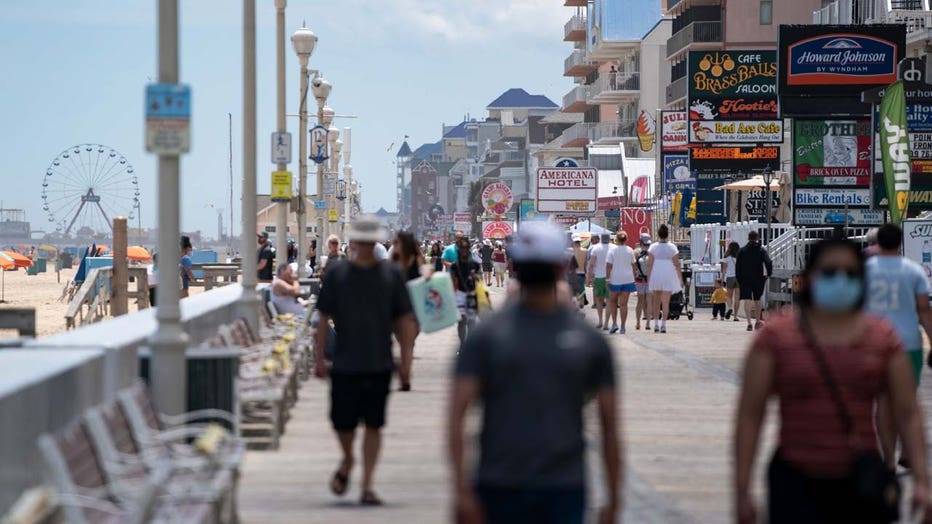 People enjoy the boardwalk during the Memorial Day holiday weekend amid the coronavirus pandemic on May 23, 2020 in Ocean City, Maryland. (Photo by Alex Edelman / AFP) (Photo by ALEX EDELMAN/AFP via Getty Images)

In a post that appears to have since been deleted from the restaurant’s Facebook page, the business said it was “dealing with a whole new level of disrespect to our staff, our business and our town,” according to the outlet.

Per the Alaska Stand Facebook page, the business is scheduled to reopen on Tuesday.

Ocean City Mayor Rick Meehan wrote in a post last week that he was “horrified” by scenes depicted in the social media videos.