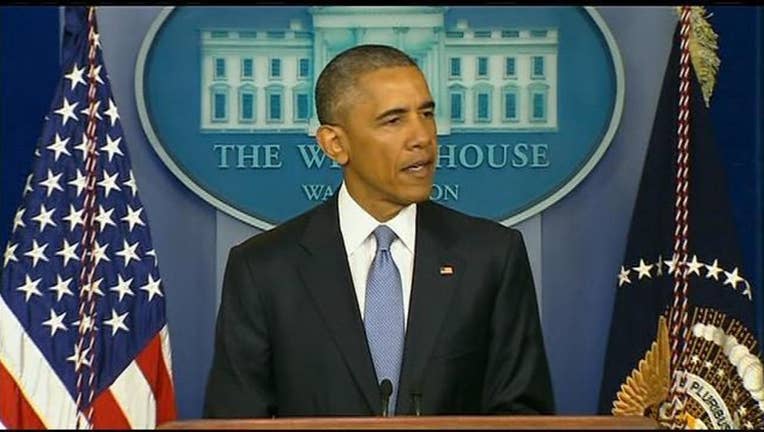 But Obama himself pretty much stayed out of the social media fray.

With a frugal 92-character message — 48 short of maximum permitted — Obama on Monday declared: "Hello, Twitter! It's Barack. Really! Six years in, they're finally giving me my own account."

The account name — @POTUS — stands for the common acronym used for President of the United States.

The White House says the tweets on that account will come exclusively from the president. The Obama-affiliated Organizing for Action group has an @BarackObama account and the White House has an @WhiteHouse handle, both mostly written by staff. Obama has on rare occasions used them, signing his personal messages with his initials, BO.

The move is the latest by a White House particularly attuned to social media and new technology. But Twitter, with its ability to be anonymously interactive, is a new forum for the president, even one who carries his own Blackberry.

One interested party checked in with the president Monday afternoon:

"Welcome to @Twitter, @POTUS!" wrote @billclinton. "One question: Does that username stay with the office? #askingforafriend"

Within the hour, Obama had replied: "Good question, @billclinton. The handle comes with the house. Know anyone interested in @FLOTUS?"