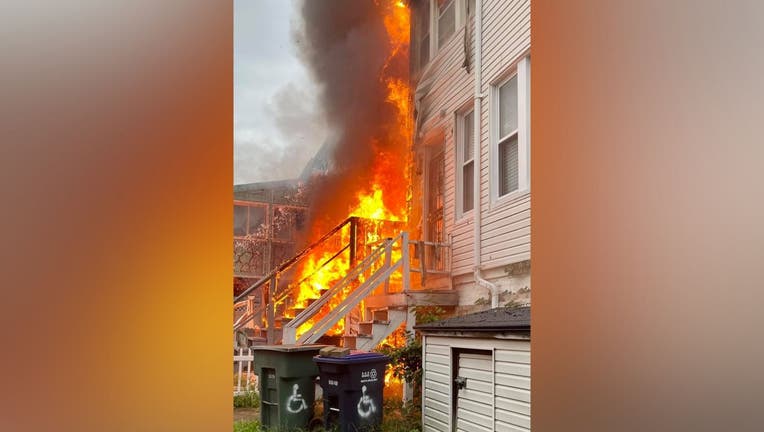 Firefighters responded to the scene at 4826 Kansas Avenue, Northwest around 6:16 p.m.

They say the fire had moved beyond an enclosed porch and reached a house next door, however, the firefighters were able to keep the flames from penetrating much further.

Initial reports indicated that an elderly man had been trapped inside – however firefighters determined that wasn’t true.

The Red Cross also responded to the scene to assist the people who’d been displaced.